Drum and Percussion Teachers near me 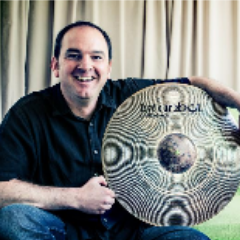 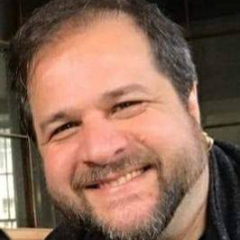 Send Message
Felipe D.
Tutor, Teacher, Instructor
£40
London, England
www.***
Graduated by the Musicians Institute (MI), home of the Percussion Institute of Technology (PIT), in Los Angeles, California, in the Professional Percussion Player Program, March/1996. Drummer since 1984, becoming professional in 1989. Since 1986 participates actively in musical groups, has great experience on stage, studio and teaching. Took part in many tours in Brazil some regions of Argentina and south of the USA. In 1992 started his activities as a drum kit teacher. In 1995 relocated to the USA with the purpose of studying in the above-cited school. After graduating at PIT worked playing with artists, in recording sessions and as a teacher at the Eubanks Conservatory of Music and Arts, where in September of 1996, became the Percussion Department Director. Coming back to Brazil, in 1998, Felipe started to develop his own teaching method, using his experience as student at MI and private lessons, and as a teacher. He has written methods for absolute beginners, for Rock Drumming, Rudiments, Playing Techniques and Rhythmic Reading, all methods use Accelerative Learning Techniques. These methods were used at COM (Centro de Orientacao Musical), Sao Paulo, Brazil, during the years of 2001-2002. After teaching privately and playing as a session musician and side-man, in 2003 became the Drums and Percussion Department Director at Voice Musical Centre ( www.*** ), also in Sao Paulo, Brazil. From 2004 until 2012 Felipe was a very active collaborator of the magazine Modern Drummer Brasil,  In 2006 Felipe decided to relocate to London in search of new horizons, new challenges and new musical opportunities. Since then Felipe has been teaching, doing session work and live performances. From 2007 until 2012 was part of the teaching team of The Planet Drum ( www.*** ) when after this 5-year stint decided to open his own teaching practice.  Since 2011 Felipe is an active member of a new rock outfit in London, Cherry White ( www.*** ) who are being considered the new bearers of the classic rock banner, having recorded one EP, one CD and have just released a new single which is being very well received by the specialised press. 2014 has brought a lot of good news. Since October 2013 Felipe has been taking drums lessons again with drummer extraordinaire, drums ambassador and educator Dom Famularo ( www.*** ) from New York, the lessons are via Skype. Dom has recognised in Felipe the competence, the capacity and the passion making him part of his selected team of educators and also referring him to the education teams of D’Addario and Sabian (two major drum manufacturing companies who are serious about drumming education.). Felipe is a member of the D’Addario Education Collective and Sabian Education Network and is a proud endorser of Promark drumsticks and Evans drumheads. In March 2014 Felipe went to Frankfurt for the Musikmesse, an international fair for music instruments and all articles related to music, invited by Dom Famularo and the above-cited companies. In the same weekend Felipe went to Paris for the Vic Firth’s Private Drums Teachers Seminar, led by Mr Famularo and with the presence of the legendary Vic Firth himself. From 2nd to 6th June Felipe has spend a whole week at WizDom Drumshed in Long Island, NY with the great Dom Famularo for a period of coaching. One-to-one lessons from 9am to 6pm. In 2016 Felipe had his first book published, Play the Drums by Wizdom Media, a book for beginners using Accelerated Learning techniques, making the process of learning the instrument faster and more fun. July 2018 brought one of the greatest experiences in Felipe’s career. He received a scholarship from Sabian Education Network to attend Billy Cobham’s Art of the Rhythm Section Retreat, in Mesa, Arizona. He spent a whole week having lessons with Billy Cobham and his band about the art of playing in a rhythm section.   On 30th September 2018 Felipe was part of the Sabian Education Network panel at the UK Drum Show in Manchester.
£40
Subjects:
Drum and Percussion 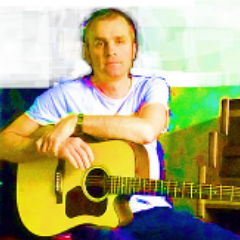 Send Message
Chris S.
Tutor, Teacher
£18
Chester, England
www.***
My name is Chris www.*** I am a music teacher offering acoustic, electric and bass guitar tuition, as well as beginners keyboard and drum lessons in Saughall, near Chester, Cheshire. I am: Committed to providing bespoke learning programmes, personalised to the individual student's wants and www.*** 's ALL ABOUT YOU! Friendly, positive, approachable, student-centered, patient, encouraging and fun! A highly experienced musician and teacher to all ages and abilities, including students with additional learning needs. A member of the RGT@LCM (Registry of Guitar Tutors). DBS checked (Disclosure & Barring Service). Located at easy-to-access, custom-built, teaching studios in the centre of Saughall with plenty of parking.
£18
Subjects:
Acoustic Guitar,
Guitar,
Bass Guitar,
Keyboard,
Drum and Percussion 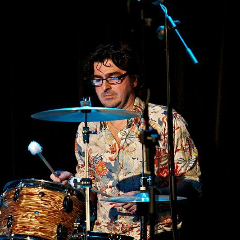 Send Message
Huw R.
Tutor, Teacher
£15-25
Swansea, Wales
www.***
I teach from my purpose built studio in Central Swansea. I have been playing drums for over 25 years and have been teaching for over 14 years with great success. I’ve had the good luck to record many albums, with music played on BBC Radio 2, BBC Radio 3, BBC Radio 6 Music, BBC Radio Wales, numerous independent radio stations, and also tour all around the world. I teach all styles and all ages. I have an enhanced DBS check and can provide references if required. I've been a Drumsense tutor and have taught in both Primary, Secondary and Further Education. If you fancy learning to play the drums, study for grades  with Rockschool(i’m a recommended Rockschool Tutor and all of my pupils have achieved either a merit or a distinction) or Trinity Rock and Pop or even just brush up on your technique then please get in touch for a lesson.
£15-25
Subjects:
Drum and Percussion 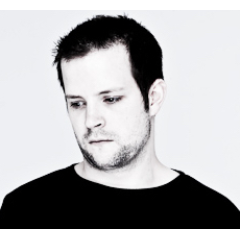 Send Message
Philip P.
Tutor, Teacher, Instructor
£35
Sunbury-on-Thames, England
www.***
Philip P. has been a musician for nearly thirty years. He has been teaching for the best part of fifteen years and has taught hundreds of students. Furthermore, he has recently received a distinction in the RSL Level 6 Teaching Diploma. Philip has worked with numerous artists including Chris Rea, Andy Flanagan, and Mr E to name just a few. He has also appeared on multiple recordings including the pop-rock band Seed’s debut single ‘Silver Lining’ and their album ‘Midnight Walking’ (AMG Records). Philip has also featured on the ‘One Hope’ album (ICC Records) as well as many other recordings. In 2012 Philip performed with Jazz Juice as part of the Olympic torch relay. More recently Philip worked with the Mouth of Ghosts who appeared on BBC Radio 6. Their debut single ‘When the Sun Sets’ was selected as one of the songs of the year by BBC Introducing. Philip is currently working with the bands Discovered, Beaten Tracks as well as being the full-time drummer for Fluent in Grey who recently released their first single ‘Lost’. He teaches in and around the London area as well as the Ash Bash Drum School in Bracknell. Philip also performs all over the U. K. Philip has also composed, scored and performed all the drum parts for a musical entitled ‘Legend’ by Edwin Pillans.
£35
Subjects:
Drum and Percussion 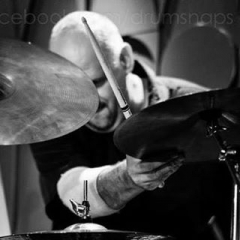 Send Message
Ian B.
Tutor, Teacher, Instructor
£30-40
Toddington, England
www.***
Ian has been a professional drummer and educator for more than 30 years and is personally recommended Steve White (Paul Weller, The Style Council, The Family Silver). He has played for such artists as Natalie Imbruglia, Craig David, Dido, Barry Melton (Country Joe and The Fish) and Janey Lee Grace of Radio 2. As a student with Ian, you will benefit from his wealth of experience in the music industry, a unique and bespoke syllabus tailored to your specific needs, and rapid progress.
£30-40
Subjects:
Drum and Percussion 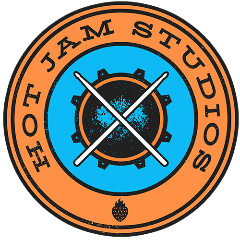 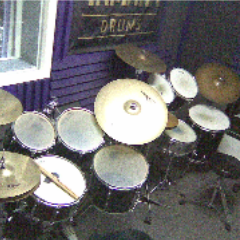 Send Message
Richard D.
Tutor, Teacher
£28
Maidstone, England
https://tutorextra.co.uk/profile/richard/77-11157
I am a registered Drumsense Master Tutor and Drumsense Tutor Trainer and fully CRB checked. Maidstone's longest standing and most experienced drum tutor, established in 1998 with 34 years playing and 20 years teaching experience. All ages and all abilities are welcome and have taught students from 4 years old to 80+ with many now making their own career from performing or teaching drums. All aspects and styles of drumming covered including rock, pop, jazz, metal, double bass. Students can study just for fun or to obtain Grades in Drumsense, Rockschool and Trinity College Grades to Grade 8 with 100% pass rate at Distinction level for all grades and exam boards, as well working towards Duke of Edinburgh Awards. One to one are given lessons given in a friendly and understanding manner and tailored to each individual students needs and aspirations. Lessons are available 7 days a week and given in a purpose built soundproof studio and the only studio in the area to use fully acoustic drum kits. There is also a stereo PA system for playing along to tracks including a library of over 3000 drumless tracks. All aspects of learning drums is covered, including free advice on drums, cymbals, sticks and tuition material. Discounted prices on sticks and drum heads are also available.
£28
Subjects:
Drum and Percussion 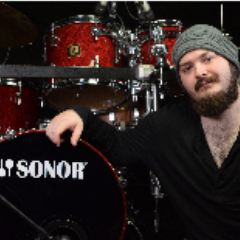 Send Message
James C.
Teacher
£25
Canterbury, England
https://tutorextra.co.uk/profile/james/63-12203
I am a professional drummer and teacher. I'm very passionate about teaching and all things music!I have been teaching all ability levels from absolute beginner right through to professional players for over ten years, and have had students from 6 years old, to 66 years old! I've also performed drum clinics/seminars through the UK and internationally demonstrating my approach to technique and musicality on the drum www.*** lesson is tailored to suit the individual needs and wants of the student. I pride myself on being able to adapt to different learning styles and quickly identifying particular strengths and weaknesses of the student and then put into place a plan to help them work through these in a fun and efficient way. I cover all techniques and styles in my lessons. The lessons are relaxed and fun with a real focus on music!As a player I have been lucky enough to perform at drum shows and festivals all over the world and have performed at drum shows alongside Simon Phillips, Tony Royster Jr, Steve Ferrone, Damien Schmidt, Larnel Lewis, Thomas Pridgen and many many www.*** addition to this, I have held drum clinics in The Netherlands, Germany, Prague, Belgium, France, and the www.*** a professional drummer in the UK, I regularly record for artists from all over the world from my purpose built home-studio, have played in London West End shows and toured throughout the UK and internationally with live acts.
£25
Subjects:
Drum and Percussion
Reload
See more results

You can send up to users per day.
Send

Drum and Percussion Teachers near me listed with TutorExtra UK