Harp lessons near me 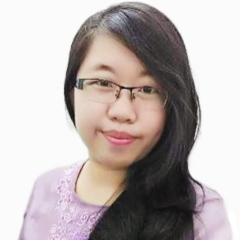 Send Message
Shi Min T.
Tutor, Teacher, Instructor
£15
Outside UK
https://tutorextra.co.uk/profile/shi-min/43-22184
I am a UK graduate in the field of Teaching English as a Second Language. I specialise in teaching the English language as a second language and English literature. I have been teaching in a high school in Malaysia for more than 6 years. In addition to teaching English, I have also trained students in debate, public speaking, essay-writing competitions, sketch video competition and poetry recitation. Living in a multi-cultural society since young, I can communicate in Mandarin, Malay and Cantonese in addition to English. Before the pandemic, I have travelled to more than 20 countries, mostly in Asia and Europe. It has taught me to be respectful of people from different cultural backgrounds and nationalities. In my free time, I pursue music as my hobby. I am pursuing a recital diploma LTCL from Trinity College London for piano. I have passed my ABRSM Grade 8 in music theory with merit. During my university years, I performed on various occasions and choir performances. The highlight would be my experience playing the piano for MARJON choir at the Birmingham Choir Festival in 2013. I was the recipient of the David Baker Organ scholarship for 3 consecutive academic years from www.*** ;I also know how to play the harp, guitar, and ukelele in addition to piano and music theory. Being able to play by ear, I can play any songs requested by my clients on the piano and the harp in music therapy sessions.
£15
Subjects:
Classical Piano,
Harp,
Piano,
Mandarin,
Music Therapy
Reload
See more results

Harp lessons near me


The harp is the oldest known stringed instrument and the word “harpa” or “harp” comes from Anglo-Saxon, Old German and Old Norse words meaning “to pluck”. By the 13th century the term was being applied specifically to the triangular harp as opposed to the lyre harp. Playing the harp goes back thousands of years with ancient civilizations playing simple, formative instruments including Africa, China, Ireland, the Middle East, South America and Mexico.

Today, we know the Gaelic harps as the Irish, Celtic, Folk, Scottish Clarsach or the modern lever harp. Most folk harps are strung with a combination of nylon, metal, gut and/or synthetic gut (carbon fibre) strings but brass wire strung harps continue in the Gaelic tradition.

One of the earliest musical instrument discoveries showed a harp-like instrument on rock paintings dating back to 15,000 BC in France. Harps were very popular in ancient Assyria and Mesopotamia.

Is the harp difficult to learn?

If a harp is going to be the first musical instrument you’ve ever played, you will find it to be very approachable. It is common for people to believe that it must be difficult to learn the harp. Surprisingly, the harp is considered one of the easiest to play while the guitar and violin are ranked among the most difficult.

Harps have endured because they are accessible and generous to even the most rudimentary of players. Through time and across civilizations people learned to play either by teaching themselves or from the village harper. As with most things, the more effort and commitment you give to the harp, the richer and more compelling the resulting music. The particular joy of the harp is that even a simple piece of music, played by a beginner, sounds just lovely.

Does it help if you can play another instrument?

What types of harps are there?

There are many, from all over the world but if you are looking for a western modern harp there are:

Naturally, you can discuss the best harp to choose with your online tutor.

Harp lessons near me listed with TutorExtra UK