Statistics lessons and courses near me 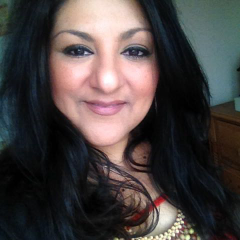 Send Message
Sameera Ladak
Tutor, Teacher
£15-30
Leeds, England
https://tutorextra.co.uk/profile/sameera/75-17062
I am a qualified Maths Teacher and an online Tutor. I use a variety of techniques and resources in order to teach and inspire minds. I am fully DBS cleared and have taught through the changes in education over the years and am fully knowledgeable in the current 9-1 GCSE specification. I am comfortable teaching all walks of learners and try my 100% best to make sure that learning is relevant, engaging and fun.   I have a plethora of resources so that students hit their target grade or beyond. In my experience, students tend look at questions as a big problem rather than thinking that questions are made up of smaller steps within a problem. Each student will receive an individual plan at the start of lesson one.   I am also a GCSE Expert Examiner for Edexcel, marking both Foundation and Higher Maths. I also teach at Key Stage 3 and Key Stage 2.    I am able to teach online and comfortably at your home, however, due to the current situation with COVID, I prefer to teach online. I use a Huoin pen and tablet with an onscreen whiteboard. I will provide full resources; questions, answers, solutions and exam papers relevant to your exam specification. I teach all topics in Maths and keep up to date with any new developments with exam boards.   I have been a Middle Leader, a Lead Practitioner, a Director of Learning, and have led successful STEM classes and am passionate about the subjects surrounding Science, Technology, Engineering and Maths. I also run a debate team at my current school; have been a finalist at The University of Leeds three consecutive years with “Solutions for the Planet” programme and have taken students as finalists at The Houses of Parliament with a solution on sustainability.
£15-30
Subjects:
Maths,
Higher Mathematics,
Mathematics,
Algebra,
Geometry

Send Message
Monika C.
Tutor, Teacher
£20
Birmingham, England
https://tutorextra.co.uk/profile/monika/41-23761
I have taught MicroEconomics, MacroEconomics, Indian Economic Development and Statistics to Grade 11 and 12 for almost 12 years. I was teaching at a School Salwan Public School, Delhi, India. I have recently relocated to UK and am looking out at some wor
£20
Subjects:
Economics,
Microeconomics,
Macroeconomics,
Statistics 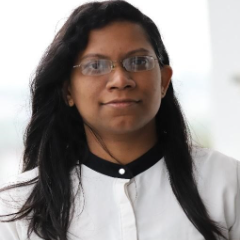 Send Message
Rumesha Tharindi J.
Tutor, Teacher
£15
Gloucester, England
https://tutorextra.co.uk/profile/rumesha-tharindi/39-25541
I have always enjoyed teaching which is why I have been doing it for ten years, it is indeed my passion to teach and help students understand difficult concepts. I always encourage students to ask questions and be inquisitive as that helps students to be more engaged and do well. I beleieve I am friendly and approachable and will encourage students to ask even basic questions if it helps them to understand the subject better.
£15
Subjects:
Economics,
Basic Maths,
Statistics

Send Message
College W.
College, Tutoring Centre
-
Bexley, England
www.***
At WinA Tutors, we work independently with each student though in a group setting with an average of 4-6 students per tutor and a maximum of eight students where the learning plans are similar. The learning plans are individually developed and agreed with the tutor and where progress is made, targets will be reviewed following periodic formative assessments. The student is encouraged to eventually take control of his/her development plan thereby moving from a dependent to an independent learner.
-
Subjects:
EFL/ESOL,
English,
English Literature,
Maths,
Statistics Send Message
Jane M.
Tutor, Teacher
£40
Diss, England
www.***
I taught at a secondary school in West Norfolk for 10 years but have now decided to tutor full time. I keep my mathematcis skills are up to date and I understand the latest exam requirements and teaching www.*** ; Along side of this I tutor pupils both at their home address and also using online sessions as www.*** ;  As well as experience with all UK exam boards for maths I also have experience with the IGCSE Maths www.*** ; Recently I have began to teach statistics at GCSE and now also offer tutoring in Statistics. Pupils use my tutoring lessons to ensure they fully understand what they have been taught in school, to help improve their exam grades and to assist with home schooling www.*** ; I tailor my tutoring for each pupil and discuss their needs and requirements with them not only during the first tutoring lesson but on an ongoing basis. i have expreience tutoring pupils who excel at maths and pupils who struggle with their www.*** ; I also have experience with SEND pupils including Autusim, Dyslexia, Dyscalculia and ADHD. I prefer to travel no more then 10 miles from my home address but am happy to provide online tutoring if that is www.*** ;
£40
Subjects:
Maths,
Mathematics,
Statistics 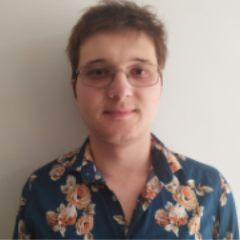 Send Message
Dan L.
Tutor
£25-30
London, England
https://tutorextra.co.uk/profile/dan/31-18987
Bio Hey! I m Dan. I m a young and passionate mathematician, with a joint math degree from Imperial College London and MIT. During high school I went to Maths Olympiads and now I am studying for a PhD. I like explaining maths, talking about maths or anything related to www.*** I also like teaching. It s something that I think I can make a difference in. I strongly believe teaching should be more like a guided self-education process. For an extensive list of past tutoring experience, please consult the 'Teaching Experience' section. I usually do sessions of 1. 5 to 2 hours. I feel this is a good duration to accumulate knowledge and not get too tired. I usually prepare exercise ahead of the session to consolidate the topic we discuss. I am looking forward to teach for any of these subjects, as well as for any other similar international qualifications/ university admission tests/maths university www.*** Experience 2 years of private tutoring in London. My most relevant teaching experience is: -GCSE and IGCSE (4 months)-A Levels -Pure and further pure (all modules), S1,S2 (1 year)-American/ International syllabus (9 months)-IB Further Math (5 months-online)-Pearson Functional Math Test (only a few sessions, before exam)-Olympiad (2 months, over the summer)-Oxford & Imperial admission test- MAT (privately and during the summer of 2020 via Imperial)-University (about 10-20 sessions, mainly in person with Maths/CS majors from Imperial, UCL,Birkbeck and online with a Maths and Music undergraduate from Leeds) First year tutor at Imperial College London (9 months)I feel my ability of teaching is best reflected at highscool, university admission tests / university level. I have an excellent understanding of Mathematics (supported by my results at Imperial College, where I scored in top 5%), which allows to me draw connections between fields and explain concepts in easier terms. I am positive this helps me instill a sense of confidence in my tutees. Nevertheless, I have extensive experience tutoring at other levels too and I always try to match individual needs.
£25-30
Subjects:
Higher Mathematics,
Further Maths,
Statistics 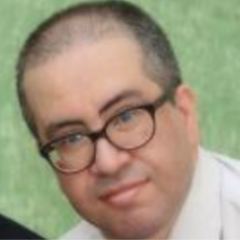 Send Message
Ihssan L.
Tutor, Teacher, Instructor
£30
London, England
https://tutorextra.co.uk/profile/ihssan/38-20641
During the lesson I introduce the topic and then I apply it using many questions. I give the student worksheet after every lesson to try and in the next coming lesson we work on it togther.
£30
Subjects:
Maths,
Further Maths,
Physics,
Statistics,
Mathematical Foundations for Computer Science Send Message
Ellesa N.
Tutor, Teacher, Instructor
£40
London, England
https://tutorextra.co.uk/profile/ellesa/44-19727
I'm Ellesa! I hold a bachelor degree in business and an MBA degree from UCLA. I hold varied experience in finance, business, accounts and cost/managerial accounting. I have more than eight years of experience in public, project management and industry of financial service. I tutor both undergraduate and graduate students in all aspects of accounts and business   I help students understand there assignments/problems/worksheets related to WACC , amortization table , macroeconomics or microeconomics , finance and managerial accounting , banking and so on . In my classes I pay close attention to each individual learner and curate materials according to their need. My focus is always on how to apply my knowledge and experience towards my students success. I use all kind of digital tools, prepared modules, worksheet and academic journals to make my classes more effective. Sometimes the best way to learn any topic is by working problems and I enjoy showing students how to solve problems with step-by-step approaches. Accounting can be a difficult subject to learn, but I believe it can be taught better. That’s why I love teaching and sharing practical examples when it comes to accounting. My goal is to ensure at the end of each sessions, you can learn something valuable and relevant to your needs and can apply the materials on the own.   I can also help you design a perfect study schedule, so you can be aware about how to acquire your goal.     I speak clearly and explain things very simple manner, and I am patient and pleasant to talk to. I have easy methods to improve your test scores, write better and more efficiently, speak more naturally and precisely, apply critical reasoning in a logical manner, and read material in ways that can maximize comprehension. I get exceptional results from my students because I find their areas of weakness and then target them with focused practice until they are able to answer these types of questions on the next test.
£40
Subjects:
Physics,
SAT,
Further Maths,
Mathematics,
Accounting 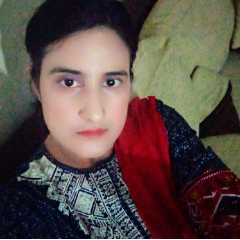 Send Message
Kiran A.
Tutor, Teacher
-
Outside UK
https://tutorextra.co.uk/profile/kiran/54-24767
I have been working online since the outbreak of COVID. In this time i gained a vast experience of teaching international students.
-
Subjects:
Business Statistics,
Mathematics,
Statistics,
Accounting 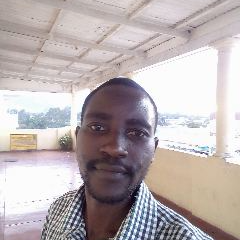 Statistics lessons and courses near me

What is the subject Statistics?

Statistics is the discipline that concerns the collection, organisation, analysis, interpretation, and presentation of data. In applying statistics to a scientific, industrial, or social problem, it is conventional to begin with a statistical population or a statistical model to be studied.

Populations can be diverse groups of people or objects such as "all people living in a country" or "every atom composing a crystal". Statistics deals with every aspect of data, including the planning of data collection in terms of the design of surveys and experiments.

When census data cannot be collected, statisticians collect data by developing specific experiment designs and survey samples. Representative sampling assures that inferences and conclusions can reasonably extend from the sample to the population as a whole.

The early writings on statistical inference date back to Arab mathematicians and cryptographers, during the Islamic Golden Age between the 8th and 13th centuries. Al-Khalil (717–786) wrote the Book of Cryptographic Messages, which contains the first use of permutations and combinations, to list all possible Arabic words with and without vowels.

In his book, Manuscript on Deciphering Cryptographic Messages, Al-Kindi gave a detailed description of how to use frequency analysis to decipher encrypted messages. Al-Kindi also made the earliest known use of statistical inference, while he and later Arab cryptographers developed the early statistical methods for decoding encrypted messages. Ibn Adlan (1187–1268) later made an important contribution on the use of sample size in frequency analysis.

What are the three types of Statistics?

Descriptive Statistics - In the descriptive statistics, the data is described in a summarised way. The summarisation is done from the sample of the population using different parameters like mean or standard deviation. Descriptive statistics are a way of using charts, graphs, and summary measures to organise, represent, and explain a set of data.

Data is typically arranged and displayed in tables or graphs summarising details such as histograms, pie charts, bars or scatter plots.

Descriptive statistics are just descriptive and thus do not require generalisation beyond the data collected.

Inferential Statistics use the probability principle to assess whether trends contained in the research sample can be generalised to the larger population from which the sample originally comes.

Inferential Statistics are intended to test hypotheses and investigate relationships between variables and can be used to make population predictions.

Inferential Statistics are used to draw conclusions and inferences, i.e., to make valid generalisations from samples.

Statistics lessons and courses near me listed with TutorExtra UK