Basketball lessons and classes near me 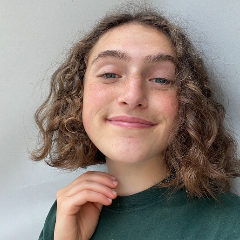 Send Message
Anna R.
Tutor
£30
Bangor, Wales
https://tutorextra.co.uk/profile/anna/30-26748
I am currently attending Bangor University as an international zoology student. I am available to help in English, math or certain sciences, but am flexible to help in whatever subject you may need.
£30
Subjects:
English,
Basic Maths,
Basketball,
Biology 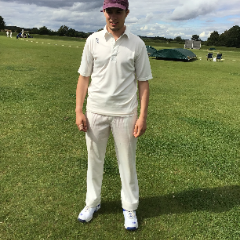 Send Message
Matt R.
Tutor
-
London, England
https://tutorextra.co.uk/profile/matt/72-20379
I can tutor PE at GCSE level and I am most familiar with the Edexcel spec. I have taught in both primary and secondary both in England and abroad and can do both physical and theory lessons for all ages. I can also help with developing childrens fitness and personal training and have a background in fitness. I am very kind, patient and understanding. I love sport and physical education so tutoring it is a joy and hopefully my enthusiasm can positively impact those I work with. I can coach various sports and hold coaching qualifications in:   football futsal basketball handball gymnastics  football referee qualification   I have also coached rugby for 3 years and been involved in a variety of other sports and have a good standard of play and teaching: table tennis, badminton, athletics, netball, volleyball and hockey.     I have a first class journalism degree and experience working for BT sport and chesterfield football club as part of the media department as a cameraman, editor and writer. I have also worked for international organisations in the media team and for the University of Sheffield. I am proficient in editing using adobe premier pro, final cut pro and imovie.
-
Subjects:
Physical Education,
Journalism,
Football,
Basketball,
Handball 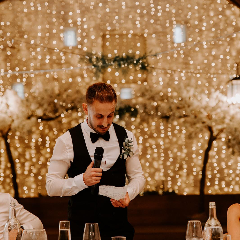 Send Message
Tom R.
Tutor, Teacher, Instructor
-
Wakefield, England
https://tutorextra.co.uk/profile/tom/85-17501
After teacher training I spent a year on supply working at various schools on short and long term placements in a variety of subjects. During one placement at a pupil referral unit I was offered a full time position and worked here for 1 year with students with behavioural difficulties and special needs. I then moved to Frederick Gough school in scunthorpe again to fill a position as a teacher of ICT I am now in my 9th year of teaching. After 2 years I secured a position as a head of year and have worked with all age groups from 7 to 11 in this time providing pastoral care and coordinating the learning over over 270 students. I Have just completed my NPQSL (National professional qualification for senior leaders) and hope to make the step to assistant head in the very near future. My relationship and rapport with all students is excellent and I am to help them achieve their best, whatever that may be.
-
Subjects:
Physical Education,
Information Technology,
Sports Education,
HNC Computing,
Sports Psychology
Reload
See more results

Basketball lessons near me

Basketball is a sport played by two teams of five players on a rectangular court. Each team of five players consists of two forwards, two guards, and a centre, usually the tallest man on the team. The objective is to shoot a ball through a hoop that is 10 feet high, mounted to a backboard at each end.

The rules are based on Naismith’s five principles requiring a large, light ball, handled with the hands; no running with the ball; no player being restricted from getting the ball when it is in play; no personal contact; and a horizontal, elevated goal.

Since the 1895–96 season, a field goal has scored two points and a free throw one point. When the ABA was founded in 1967, it allowed three points for shots made from outside a boundary line set 25 feet (7.6 metres) from the basket. With varying distances, the change was adopted officially by the NBA in 1979 and, in 1985, by colleges. At the end of the game the team with the most points is declared the winner.

In basketball you will play four quarters of the match. Each quarter makes up a 12-minute session, meaning  48 minutes for a whole a game of basketball at NBA level. Some major European and international setups, though, will use a 10-minute quarter instead, making the whole match 40-minutes in length.

However, the average length of a basketball game in the NBA lasts anywhere from 2-3 hours after factoring in team timeouts, replay reviews, shooting fouls, TV timeouts, halftime breaks, breathers and other stoppages. Most game lengths are about two and a half hours.

Where does basketball come from? Who invented it?

If you are thinking about learning how to play basketball, then you probably already know what it is; but do you know where it came from? It is believed to be one of the only major sports that was invented in the United States of America. A Canadian man called James Naismith, an instructor in physical education, invented the sport in 1891 at the YMCA in Massachusetts.

Apparently, Naismith used two half-bushel peach baskets as the two goals, which gave the sport its name. It didn’t take long for the sport to catch on across the USA, with Canada the next country to give the sport a go, followed by France, England, Australia, and China. To this day, basketball is one of the most popular sports in the USA and enjoyed all around the world.

Why learn to play basketball?

Basketball can be an enjoyable sport that suits many different ages and skill levels. One of the main reasons people learn to play basketball is because they enjoy it; however, there are also many other benefits to playing basketball.

Playing basketball, at almost any level, requires the development of agility, strength, and stamina. There is a need to change direction quickly, and games are often fast-paced, which requires a level of fitness and endurance. The more you play basketball, and at a higher level, you will find all of these attributes will develop.

Basketball also requires you to develop your hand-eye coordination. This is a great transferable skill that is important in a huge range of sports, such as tennis and cricket, and in other pastimes and professions, including video games and surgery!

How much do basketball lessons cost?

The cost of basketball lessons are dependent on the expertise of the tutor and can start from as little as £15 per session. At TutorExtra, we aim to provide comprehensive access to tutors of all grades and levels in 1000s of subject areas across the UK.

Search TutorExtra for providers and view their experience, prices and more.

Basketball lessons and classes near me listed with TutorExtra UK