Sailing lessons and classes near me

Send Message
Learning Centre S.
Learning Centre, Education Centre
-
Dorking, England
www.***
S. (SOLD) is passionate about young people getting into the outdoors to learn in new and exciting www.*** ;   We work in nature’s ‘outdoor classroom’ which is a complementary setting to a young person’s usual surroundings and in which to develop vital life skills through outdoor and adventurous activities. It has been well documented that when outdoor learning becomes an integral part of a well planned curriculum, higher achievement is attained as well as significantly improving personal, social and emotional development of young people. Our outdoor learning experiences can include day or residential visits in a variety of accommodation ranging from a choice of teepee villages and yurt villages to deluxe log cabins with en suite facilities and fully catered with healthy yet hearty meals throughout the visit. SOLD deliver outcome driven, experiential learning visits in our three outdoor education centres in Mickleham near Dorking, Guildford and Ham near Richmond, our canal boat moored on the River Wey and an Outreach Team that can bring outdoor learning to you in your school grounds. We also visit schools to offer advice and support about how to make better use of school grounds and how to integrate developmental outdoor learning across the year groups. This can include the mapping of the schools grounds for an orienteering course. SOLD also offer a range of professional training and development courses for school staff across a range of outdoor learning courses. We work with young people from primary age throughout their educational career to sixth form, college, tertiary education and beyond. We believe that a SOLD outdoor learning experience is truly a  ‘Learning Experience for Life’.  For more information and to discuss your requirements please visit: Our website www.*** ;or Email ***@*** tel: *** .
-
Subjects:
Climbing,
Archery,
Orientation,
Kayaking,
Canoeing 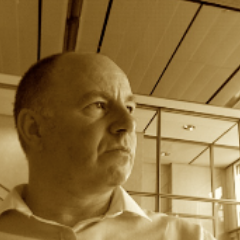 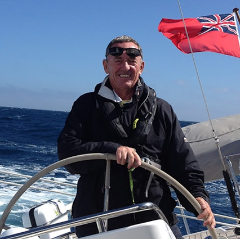 Sailing Lessons near me

Sailing is a sport in which people manoeuvre a boat across the surface of the water using the power of the wind instead of a motor. Although it became a sport around the 17 - 18th century, sailing has been around for much longer. The first record of a sailing boat was found on an ancient Egyptian vase dated back to 3500 BC. Later on in history vikings also used sailing to reach North America. Around the 15th century, as technology improved, sailboats became much faster.

Originally these types of boats were used predominantly as a form of transportation. Today it is mostly seen as a recreational activity.

Is learning how to Sail difficult?

Although it might seem intimidating and difficult, learning the basics of sailing is actually easier than you might think. If you’re working with a skilled instructor you can gain a basic understanding of what you have to do in one afternoon. As long as you pay attention, that might be all you need in order to learn how to get from point A to point B. However, if you want to become an expert sailor, that will take years of practice and most of all experience. Experts compare it to learning to drive a car, while it might be easy to learn which pedal does what and how to move the car, you’ll only improve and get better as you spend more hours driving.

Although you can learn the basics in one day, most courses usually last about a week, so students can take their time and really focus on remembering the theory.

What skills do you need for Sailing?

An important thing to remember is that sailing involves a lot of jargon and traditions that every newcomer will have to get used to. However that shouldn’t discourage you as you’ll learn those overtime. If you’re worried about your first lesson, there are a few basic skills you’ll need to focus on if you want to quickly adapt.

The first thing you’ll have to learn about is the wind. Sailing is entirely based on the direction and speed of the wind. Although it might seem tricky in the beginning, it’ll quickly become second nature. The next skill you’ll have to acquire is learning how to steer the boat. This is arguably the easiest part of sailing and most people get the hang of it within a couple of minutes. Last but not least, in your first few lessons you’ll have to learn how to steer the trim. If the sailboat is sailing in a straight line, you can simply ease the line that controls the sail until the leading edge of the sail wagers marginally in and out. If you want to change direction just follow the same procedure in the opposite direction. You can use the sheets to angle the sail so that it fills the wind.

Do I need special equipment for Sailing?

Sailing comes with a specific dress code, along with some other items you might have to carry. Although your instructor will certainly inform you of what you need to carry, you should more than likely prepare shoes with a good grip, sunglasses, gloves and a windbreaker jacket.

Sailing lessons and classes near me listed with TutorExtra UK