Computer Programming Instructors near me 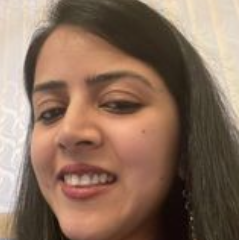 Send Message
Turgut K.
Tutor, Teacher, Instructor
£40
Outside UK
www.***
I first worked for the EARN association located in Paris as a programmer. Then I became the head of an internet service provider doing all the necessary work to keep it alive. Programming, managing, etc. I managed databases, web sites, etc. I still do in fact! I also teach at a prestigious technical university in my home town. I taught many different university classes.
£40
Subjects:
Computer Science,
Computer Programming,
Computer Literacy,
Linux,
Web Design
Reload
See more results

Computer Programming lessons and courses near me

What is Programming C/C++?

C++ is a general-purpose programming language. It was created by Bjarne Stroustrup, with work on the project beginning in 1979, and the first public version of the language was published in 1985. The name C++ is related to the principles around which Stroustrup built his language. He took the "C" language as a basis and tried to add the concept of classes to it. Thus the "C with classes" project was born. What followed was a long evolution that eventually gave birth to the C++ language.

The main feature that differentiates it from its predecessor is the capability of object-oriented programming (OOP). OOP is a paradigm in which programming code is separated into classes, objects, and methods that store necessary information and communicate with each other when needed. This programming concept is opposed to the concept of procedural programming, in which a program is sequentially executing instructions (computational steps). OOP brings a more abstract attitude to program code, allowing programmers to focus more on program logic.

In spite of this more abstract level, C++ has retained enough properties that are common to lower-level programming languages. One of these is memory management. This is a key element in programming with C++, as unlike higher level languages (where this activity is done automatically). This property (of manual memory management) makes C++ a language that is suitable for programs that will run in a hardware environment with more limited resources.

What are the benefits of C or C++ lessons and courses?

Even if you are going to build web applications or fancy web front-end components for the rest of your life, learning C will help you understand how software and hardware actually interact. Besides, C and C++ are everywhere. When you are searching for a job there are so many offers with C and C++.

Most operating system kernels are written in C, including but not limited to Windows, Linux, Mac, iOS, Android and so on. There are also some modern browsers that are also written in C/C++. Some of them are Chrome, Firefox etc.

As mentioned above, programming languages compilers and interpreters are implemented in C/C++ too.

Many people think that programming C/C ++ lessons and courses are expensive but this is a lie. These lessons are really affordable and there are many professional teachers. If you learned the basics of programming c/c ++ is the next level you can take. There are so many benefits in programming c/c ++ so they are definitely a great investment for your future. With the TutorExtra platform, you can contact any teacher you like and ask about their free time.

Computer Programming Instructors near me listed with TutorExtra UK