Microsoft Powerpoint Instructors near me 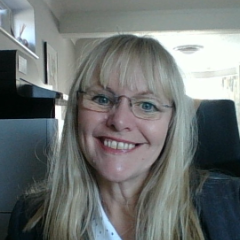 What is Microsoft Powerpoint?

Microsoft PowerPoint is a presentation program, created by Robert Gaskins and Dennis Austin at a software company named Forethought, Inc. It was released on April 20, 1987, initially for Macintosh computers only. Microsoft acquired PowerPoint for about $14 million three months after it appeared. This was Microsoft's first significant acquisition, and Microsoft set up a new business unit for PowerPoint in Silicon Valley where Forethought had been located.

PowerPoint became a component of the Microsoft Office suite, first offered in 1989 for Macintosh and in 1990 for Windows, which bundled several Microsoft apps. Beginning with PowerPoint 4.0 (1994), PowerPoint was integrated into Microsoft Office development, and adopted shared common components and a converged user interface.

PowerPoint's market share was very small at first, prior to introducing a version for Microsoft Windows, but grew rapidly with the growth of Windows and of Office.  Since the late 1990s, PowerPoint's worldwide market share of presentation software has been estimated at 95 percent.

What are the advantages of Microsoft Powerpoint?

Microsoft Powerpoint is one of the most popular software for presentations. It is part of Microsoft Office suite and can be used for personal, business and educational purposes. Most known for its templates and ease of use, Powerpoint had conquered the presentations game.

Powerpoint offers you full control over your slides’ appearances. You have the freedom to customise your presentation with your own design.

As it is easy to modify and play with the elements given by this software, you can create the perfect presentation for you.

There are also templates already integrated in the software for visually appealing presentation and for those who want a quick and nice design. Furthermore, Powerpoint will give you design ideas with the images and elements you chose to have on slides.

Export in different formats. With PowerPoint you can export your materials in other formats than .pptx. We talked previously about all the types of materials you can create in this software and for them it offers alternatives of saving you work.

What Is Powerpoint Used For?

Powerpoint is used to create thoughtful presentations and has many tools and features to help the user achieve this goal. Below are some of the primary uses of the software.

Microsoft Powerpoint Instructors near me listed with TutorExtra UK