Double Bass lessons near me 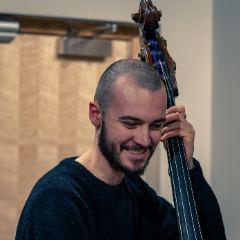 Send Message
Louis S.
Tutor, Teacher, Instructor
£30
Birmingham, England
https://tutorextra.co.uk/profile/louis/71-20782
Hi! My name is Louis. I am a musician and bass teacher living in Birmingham. I believe you don't professional aspirations to enjoy learning music. I wish to give back to my students all the great things that music has given to me!
£30
Subjects:
Double Bass,
Bass Guitar,
Composition (music),
Music Theory,
Music Performance 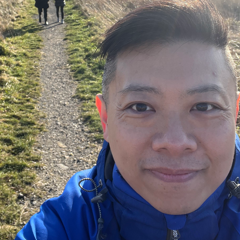 The double bass, sometimes called the string bass or upright bass, is an important part of any string ensemble or orchestra but also, as the lowest registered string instrument, it can perform the critical bass line for a number of styles like jazz, rockabilly and rock.

As a large instrument, it’s going to be expensive and cumbersome to travel with, so you will have to be determined. However, the benefits of learning to play the bass are considerable. Not only will you develop a lucrative skill that’s in demand, you’ll gain personal and physical improvements that will last your entire lifetime.

How physically challenging is it?

To play any instrument, you must maintain correct posture, but the double bass is a large instrument that requires a lot of support. While playing, you will build upper body strength in your arms, shoulders and neck, as well as lower body strength through improved, overall posture.

In addition to the enhancements learning an instrument provides for your brain, learning to play string bass also generates considerable physical improvements. To play any instrument, you must maintain correct posture but the double bass is a large instrument that requires a lot of support so you will build upper body strength in your arms, shoulders and neck, as well as lower body strength through improved, overall posture.

Just carrying the instrument will help build not only your muscles but will also test your travelling skills. It can be quite a challenge trying to accommodate such a beast of an instrument, and your brain will stay busy overcoming all the difficulties.

Learning to play the double bass provides a host of lifelong benefits for those individuals who have the determination and drive to stay the course.

Are there any other advantages?

Playing the bass is a worthwhile pursuit for a number of reasons. Studies performed on developing children showed not just a difference in brain activity, but a physical one as well – those that participated in music showed a significant increase in brain volume too. The grey matter in the brain is the part responsible for processing information and that means an increase in volume can have benefits such as increased attention span, improved social behaviour and a greater mental acuity and cognitive response time. Grey matter is a sign of a healthy, functioning brain – it’s the part that does the thinking after all.

Also, music lessons have a positive effect on overall IQ and general cognitive function. In memory tests a group who had a musical background indicated a significant score increase in the test subjects who had affiliation with organised music education.

What are the Professional Advantages of learning the double bass?

If you plan to pursue a career as a professional musician, double bass musicians are readily sought after and talented bassists have an advantage because they can adapt their playing style to match almost any musical genre. Having a variety of options to choose from increases your ability to make a good living including that of a session musician providing background music and scores for films, television and advertising; orchestras, performing for church groups, or weddings, reunions and other gatherings, even gigs on cruise ships!

Playing a string instrument builds your aptitude for teamwork, planning and execution – all of which are highly appreciated on both college and job applications.

Double Bass lessons near me listed with TutorExtra UK