Oboe lessons near me 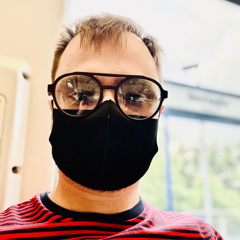 Send Message
Witold W.
Tutor, Teacher
£45
Belfast, Northern Ireland
https://tutorextra.co.uk/profile/witold/70-21731
Witold W. – born in Poland (1990) In 2014 he completed his www.*** with honours at Academy of Music in Krakow in the class of Jerzy Kotyczka. In 2013 Witold W. has performed Capriccio per Oboe e 11 Archi at Academy of Music and University of Technology in Krakow where Maestro Krzysztof Penderecki has attended as main guest. He played plenty of concerts in countries as Poland, Germany, Slovenia, Sweden, Luxembourg, Belgium, Netherlands, Ukraine, Denmark, Scotland, England, Northern Ireland and Italy. Witold W. has been awarded during many international competitions (International Competition Svirel Slovenia 2012 – 1st prize with piano quartet, International Competition in Chieri, Italy 2012– 2nd prize with Oboe Trio, International Dmytro Bida Competition in Lviv, Ukraine 2013 – 1st prize in solo category).In 2013 he has received a scholarship of The Ministry of Culture in Poland for outstanding achievements in music. In 2014 he has recorded the 9 Symphony of A. Bruckner (1st oboist) with International Youth Orchestra in Bayreuth during Osterfestival. He had a pleasure to perform radical makeover of King Arthur Opera during Spitalfields Festival in London, England (2016). In the end of 2017 moved to Belfast, where he started work as a woodwind tutor at Ulster College of Music. Witold W. is particularly interested in contemporary music. He performed word premieres for composer Zaid Jabri.
£45
Subjects:
Oboe,
Clarinet,
Flute,
Saxophone,
Music Theory

Send Message
Karen E.
Tutor, Teacher
£14
Colchester, England
www.***
BA(Hons)Music Degree QTSMusic National Diploma, triple distinctionGrade 8 PianoGrade 8 OboeGrade 8 VoiceGrade 7 Music Theory Karen has experienced many instrumental and vocal teachers and from experience they have all taught her the best way to teach. Her friendly helpful service will make lessons enjoyable and interesting. Play/sing for fun or progress with ABRSM www.*** teaches pupils of all ages.(oboe to pupils who are eight years of age or over). Currently all lessons are online. Please message me for more information.
£14
Subjects:
Piano,
Singing,
Oboe,
Music Theory,
Music

The oboe is said to be one of the more difficult woodwind instruments to play. It first takes some time until the player can even produce a sound, and even then, a beginner has little ability to control it. It would therefore seem to be a challenging instrument to learn.

But the oboe can be an extremely rewarding instrument to learn to play, and once the feeling of a good tone is produced it is hard to ignore its allure. Students who are successful with the oboe are very detail-oriented, patient, intellectual and curious.

The oboe is made out of wood and metal and gets bigger at the lower end where it flares into the ‘bell’. Oboes are expensive for many different reasons, but the most important are the cost of the exotic woods and other materials, and the skill in craftsmanship. The cost of new oboes ranges from £400-£2000, while used oboes in a good condition generally cost £100-£800. Some oboists replace their oboe every year!

Is the position of oboe important?

It is the job of the principal oboist to tune the orchestra to an A at the beginning of each concert. The other key role of the oboe is that it usually carries the melody with its lyrical and mournful colour, often heard as the solo instrument in the most emotional sections of music.

How long will it take me to learn the oboe?

The oboe is very hard to learn to play. It often takes 6-8 months to develop an acceptable embouchure (the use of the lips, facial muscles, tongue and teeth in playing a wind instrument including shaping the lips to the mouthpiece) and tone. This has much to do with learning to make and adjust reeds, a necessary skill that will take you closer to your instrument.

Is playing the oboe dangerous?

The oboe is a high-resistance instrument. Playing instruments like the oboe a lot, especially when increased blowing force is required (for a high pitch) can put eyes at risk due to increased pressure.

The oboe is officially one of the most difficult instruments to play. And not just because of the double-reed misery, the duck noises and the tuning issues. Despite this, persevere and your sense of achievement will be unparalleled.

Oboe lessons near me listed with TutorExtra UK