Technology and Computer Science Tutors near me 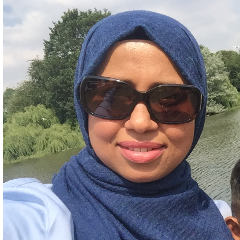 Send Message
Hasina N.
Tutor, Teacher
£25-30
Hatfield, England
https://tutorextra.co.uk/profile/hasina/82-13205
My specialist subject is ICT as I have been teaching it for 13 years now. I have taught a variety of qualifications from a wide range of exam boards. I also have experience teaching computer science at GCSE level, where I have taught Python programming as well as various Computer Science topics.
£25-30
Subjects:
Technology and Computer Science 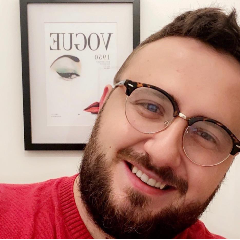 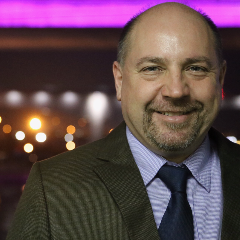 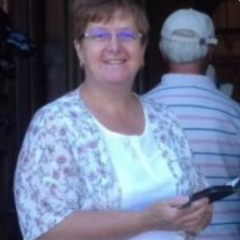 Send Message
Sarah L.
Tutor, Teacher
£35
Essex, England
https://tutorextra.co.uk/profile/sarah/58-12520
I am an experienced teacher of 30 years. I can Teach Art/Drama to A level, Tech Graphics and Design to GCSE and can tutor skills such as painting and drawing. I can Teach English to non speakers and tutor in www.*** ;
£35
Subjects:
English,
Art,
Drama,
Design and Technology,
Technology and Computer Science

Technology is the sum of any techniques, skills, methods, and processes used in the production of goods or services or in the accomplishment of objectives, such as scientific investigation. Technology can be the knowledge of techniques, processes, and the like, or it can be embedded in machines to allow for operation without detailed knowledge of their workings. Systems (e.g. machines) applying technology by taking an input, changing it according to the system's use, and then producing an outcome are referred to as technology systems or technological systems.

The simplest form of technology is the development and use of basic tools. The prehistoric invention of shaped stone tools followed by the discovery of how to control fire increased sources of food. The later Neolithic Revolution extended this, and quadrupled the sustenance available from a territory. The invention of the wheel helped humans to travel in and control their environment.

Developments in historic times, including the printing press, the telephone, and the Internet, have lessened physical barriers to communication and allowed humans to interact freely on a global scale.

What is the subject Computer Science?

Its fields can be divided into theoretical and practical disciplines. For example, the theory of computation concerns abstract models of computation and general classes of problems that can be solved using them, while computer graphics or computational geometry emphasise more specific applications. Algorithms and data structures have been called the heart of computer science.

Programming language theory considers approaches to the description of computational processes, while computer programming involves the use of them to create complex systems. Computer architecture describes construction of computer components and computer-operated equipment. Artificial intelligence aims to synthesise goal-orientated processes such as problem-solving, decision-making, environmental adaptation, planning and learning found in humans and animals. A digital computer is capable of simulating various information processes. The fundamental concern of computer science is determining what can and cannot be automated. Computer scientists usually focus on academic research. The Turing Award is generally recognised as the highest distinction in computer sciences.

What are the benefits of studying computer science and technology?

Our interaction with technology and the role of computers in our daily lives is ever-growing, and that creates exciting career opportunities. With emerging tech that influences everything from healthcare to agriculture, you could be at the heart of the latest innovations.

Computers and technology are everywhere. There’s not an industry out there that isn’t using data and computer technology on a daily basis. Everything from finance and banking, gaming and mobile applications, to healthcare and security all require the specialist skills of professional computer scientists.

Financially rewarding. Computer scientists are some of the most highly paid in the world as their skills help businesses keep up with emerging trends. Areas such as cyber security and artificial intelligence, for example, have a shortage of skilled workers so there are plenty of exciting employment opportunities.

Technology and Computer Science Tutors near me listed with TutorExtra UK