Tap Dance Instructors near me 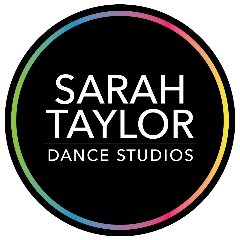 Send Message
Sarah T.
Tutor, Teacher, Instructor
-
West Yorkshire, England
www.***
If you're thinking of starting dancing, getting fit through dance, just like to rehearse or you have a group who are looking for studio hire or even some space to hold functions in Batley, then just contact The Sarah T. School of Dance.
-
Subjects:
Dance,
Ballet,
Tap Dance,
Musical Theatre,
Gymnastics 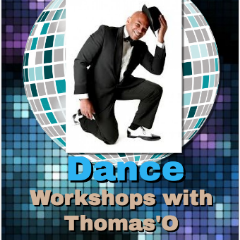 Tap Dance Lessons and Classes Near me

Tap dance is a style of dance in which a dancer wearing shoes fitted with heel and toe taps sounds out audible beats by rhythmically striking the floor or any other hard surface. Tap originated in the United States through the fusion of several ethnic percussive dances, primarily West African sacred and secular step dances (gioube) and Scottish, Irish, and English clog dances, hornpipes, and jigs.

Until the last few decades of the 20th century, it was believed that enslaved Africans and Irish indentured servants had observed each other’s dances on Southern plantations and that tap dancing was born from this contact. In the late 20th century, however, researchers suggested that tap instead was nurtured in such urban environments as the Five Points District in New York City, where a variety of ethnic groups lived side by side under crowded conditions and in constant contact with the distinctly urban rhythms and syncopations of the machine age.

Is it hard to learn tap dancing?

Despite what you might think, tap dancing wasn't and isn't just reserved for films, Las Vegas stage shows and performances on Broadway, tap dancers could even be seen doing their lively art form in nightclubs! Commonly, the host's venues would hire a dance production company to choreograph a tap dance involving up to twenty dancers on stage.

One of the most important lessons to learn before you start a tap-dancing masterclass is how the taps actually work. For this reason, it is vital that your dance teacher teaches you about the art, starting with the parts of the tap shoe, the difference between a toe and a toe tip and if a ball tap is the same thing as a toe tap. Without knowing about these fundamental elements, you will only come away from your beginners’ class completed discouraged.

When you learn the basics of tap dancing you will start improvising and enjoying every aspect of the dance. Teachers will guide you through the steps and teach you how to listen the music.

How old should you be to tap dance?

It is a common misconception that tap dancing is only for young children, but while kids who attend kids’ classes do learn very quickly, you can learn to dance quite rapidly too if you set your mind to it. Children and teens tend to have more energy and stamina and are often more flexible than adults, but what adults have over them is an ability to better concentrate and thus take more from the learning experience.

The complexity of steps can sometimes baffle young dancers, but having said that even some intermediate or semi-professional dancers can just as easily mix up their dance steps!

Along the same lines, some toddlers may have all the enthusiasm but not enough coordination to successfully master sequences of steps. At least not in a graceful manner!

Going back to the strain that tap dancing may have on your lower body; in theory, your ankles should not hurt after a dance workshop.

Tap Dance Instructors near me listed with TutorExtra UK