Acting Instructors near me 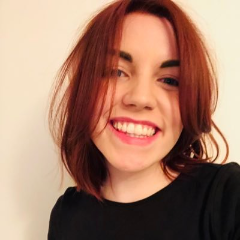 Acting Lessons and Classes Near Me

Acting is generally agreed to be a matter less of mimicry, exhibitionism, or imitation than of the ability to react to imaginary stimuli. Its essential elements remain the twin requisites enunciated by the French actor François-Joseph Talma in his tribute to the actor Lekain (1825): “an extreme sensibility and a profound intelligence.” For Talma it is sensibility that allows an actor to mark his face with the emotions of the character he is playing and to convey the intentions of the playwright, the implications of the text, and the movements of the “soul” of the character. Intelligence—the understanding of the workings of the human personality—is the faculty that orders these impressions for an audience.

The essential problems in acting—those of whether the actor actually “feels” or merely imitates, of whether he should speak naturally or rhetorically, and of what actually constitutes being natural—are as old as theatre itself. They are concerned not merely with “realistic” acting, which arose in the theatre of the 19th century, but with the nature of the acting process itself.

What are the benefits of acting?

The Arts are such an important part of children’s lives. This encompasses not only dancing and singing, but also acting. Here are a few benefits for our acting students:

Drama improves a child’s public speaking skill. Talking and performing in front of audiences will teach a child so many important parts of public speaking, including volume, enunciation and inflection.

Drama improves a child’s confidence. Being on stage is not for the light of heart. You perform in front of strangers. This, in turn, makes your child more confident and able to handle the most embarrassing situations that can arise.

Acting makes a child more physically active. A lot of kids decide at an early age that sports aren’t for them. Performing can be a good alternative to physical activity. Between dance choreography, blocking during rehearsal, building sets or just goofing off with fellow actors, acting definitely gets a child moving.

​​Performing in plays increases memorisation. When learning lines, blocking, cues and lighting actors use a lot of memorisation tricks to remember everything. These tricks follow performers throughout their life – helping with studying in school and multitasking at work.

Being in drama and on stage improves professionalism. For a lot of children, theatre is the beginning of professional behaviour. When in the dramatic arts, children have to make a great impression on directors, support fellow actors, show enthusiasm, work hard and treat everyone with respect. This follows through into a child’s work and professional life.

This question is not so easy to answer. It depends on the lessons you want to attend. Some people may want professional acting lessons and they will need to invest more. But if you want to participate in amateur lessons they can be at fair prices. With the TutorExtra platform you can find a teacher you like and contact them. Acting lessons typically vary in price between £20-40.

Acting Instructors near me listed with TutorExtra UK