Karate training clases and lessons and classes near me

Send Message
Sports Centre C.
Sports Centre, Training Centre
-
Leeds, England
www.***
Here at Chuldow Family Martial Arts in Morley you find classes for children, adults and families in Karate, Taekwon-Do and kickboxing. Our staff and instructors are friendly, experienced and all are DBS and first aid qualified. The Academy is air conditioned with a comfortable waiting/viewing area which has tea/coffee facilities and free Wi-Fi. The training area is fully matted and equipped with kick shields, hanging bags, target paddles, focus mitts and other fitness equipment. We provide two free classes, please get in tough to book yours!
-
Subjects:
Karate,
Taekwondo,
Kickboxing 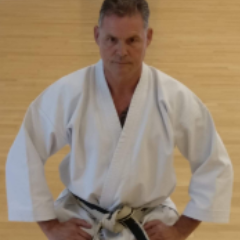 Send Message
Nigel H.
Personal Trainer, Coach, Instructor
£25-35
Fareham, England
www.***
Nigel H. has been a student of Shotokan Karate for over 30 years and studied with a number of Japanese and European Sensei (Instructor). He visited Japan and Okinawa in 2000 and briefly trained at the Japanese Karate Association HQ in Tokyo. He holds the grade of Yon Dan (4th Dan) and his Karate rank is registered in the UK and Japan. He is also a registered Yoga teacher and holds a Yoga Diploma with the Yoga www.*** ;Nigel is an NHS Technical Instructor (Sports & Fitness) and registered with the Royal Association of Occupational www.*** is a family club and welcomes beginners and experienced students of all abilities, aged 14 years and above. Nigel remains focused on supporting his students development and improving their understanding and www.*** ability to deliver traditional Shotokan Karate lessons is underpinned with a comprehensive understanding of physiology & anatomy, which was gained during 21 years served with the www.*** life experience and understanding of human development is enhanced with a background of teaching physical exercise to those with limited www.*** has a keen diverse interest in teaching Karate to everyone and believes Karate compliments existing  therapies and reduces stress, anxiety and depression.
£25-35
Subjects:
Karate,
Yoga 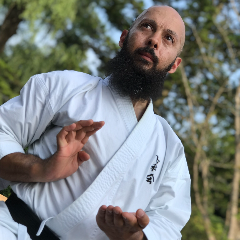 Send Message
Richard H.
Instructor
-
South Ockendon, England
www.***
I am a full time professional karate instructor, running my own group of clubs (Seitou Ryu Karate). I run regular seminars throughout the year which are open to everyone from beginners to experienced martial artists. I often compete in tournaments as well as coaching our own squad who compete at regional, national and international level too. I am also a Fit2Fite instructor so for anyone looking to start or continue their fitness journey, our class can help you to reach your health and fitness goals.
-
Subjects:
Karate,
Fitness

Send Message
Sports Centre A.
Sports Centre
-
Wolverhampton, England
www.***
About Academy for Karate Goju-Ryu Academy for Karate Goju-Ryu (AKG) is a voluntary organisation that was established to uphold excellent quality Martial Arts skills to it’s www.*** advocate important values such as courtesy, patience, respect, self-control and integrity and is committed to instil the life skills and character building of a true martial artist. These principles and standards will lead to remarkable improvements in each individual academics, careers and relationships – contributing towards a better www.*** believes that people have the right to take ownership of their Health and Safety, encouraging our Karatekas to eat a balanced diet and also on how to defend themselves in a life risking situation. People of every age group have the ability and opportunity to practice Goju-Ryu Karate and aim high on their personal development, either learning traditional karate techniques (Kata, Kumite and Bunkai) or/and also Sports Karate. AKG Vision Statement - The vision is to promote GOJU-RYU karate in its wholesome form to all it's members.
-
Subjects:
Karate

Send Message
Sports Centre U.
Sports Centre, Training Centre
-
Swansea, Wales
www.***
Our classes are designed for people who want to practice a martial art in a family friendly environment without all the macho aggression usually associated with www.*** students learn more than just how to kick and punch, they learn self-discipline, etiquette and respect, which can help them develop into better www.*** system is suitable for the whole family enabling you to spend some quality time together, having fun and keeping fit in a safe, friendly environment with like-minded www.*** classes are designed to be challenging and rewarding, with students measuring their own progress through the coloured belt grading system (black belt being the ultimate prize).
-
Subjects:
Karate 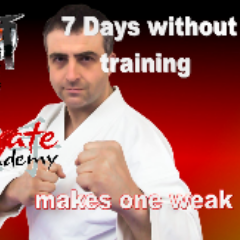 Send Message
John B.
Instructor
£6
Devon, England
www.***
I began training in 1981. I started teaching in 1995. I took over the club in 1999, and have been a full-time Karate teacher since 2001. This hasn't been the fastest route, but a journey into a subject I never tire of. Exploring the historical, philosophical, and of course the physical sides of The Way of the Empty Hand. We treat our martial art as a method of self-defence and not as the modern sport, and our research trips to Japan and Okinawa have led to some wonderful teachers and friendships. Myself and the instructors who assist me would be pleased to have you along for the journey.
£6
Subjects:
Karate

Send Message
Sports Centre E.
Sports Centre, Training Centre
-
Norwich, England
www.***
We are a professional karate club based in East Anglia, headed by Chief Instructor Jason Hitchings, 6th Dan. We are dedicated to teaching traditional Shotokan Karate to the very highest www.*** and guided by our team of qualified professional instructors, we work to provide a safe environment for our students to grow and achieve their full potential in karate‐ www.*** recognise the importance of having a goal to work towards, and with our class structure, syllabus and examination programme, you will be able to go all the way to your black www.*** have venues all over Norfolk:- Attleborough- Aylsham- Dereham- Framingham Earl- Hethersett- North Walsham- Norwich (Costessey, Earlham, Hellesdon, Lakenham)- Thetford- Watton- Wroxham- Wymondham
-
Subjects:
Karate 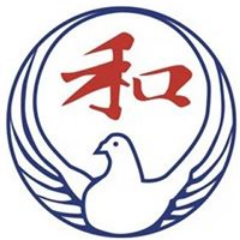 Send Message
Training Centre S.
Training Centre
-
Southport, England
www.***
Krav Maga which is Hebrew for “close combat,” was originally developed by Imi Lichtenfield for the Israeli www.*** KRAV MAGA RIGHT FOR YOU??The principal objective of Krav Maga is to get practitioners regardless of age, size, or gender, to a level of self-defence proficiency in a relatively short period of time. While designed for soldiers with little time for hand to hand combat training, the methods and techniques used in Krav Maga are a perfect fit for the busy lifestyles of today’s citizens who do not have the time or inclination to devote years to www.*** MAGA WORKS FOR www.*** MAGA DOES NOT REQUIRE YEARS OF TRAININGKRAV MAGA IS STRICTLY SELF-DEFENCE & FITNESS JU-JITSU – PERSONAL SECURITYSo you’re interested in Ju-Jitsu? Ju-Jitsu is one of the most interesting and diverse martial art styles around. Unlike other styles such as Karate or Judo, you’re not restricted to learning just how to punch and kick or throw. Ju-Jitsu involves all kinds of techniques from punching, kicking, joint locks, and www.*** : Ju-Jitsu is a generic Self-Defence www.*** FOR FITNESS, SELF-CONFIDENCE OR FUN:Self-Confidence is probably one area that most people don’t automatically think will improve due to training in the martial arts. However, even after just a month of training, most people will suddenly realise that their self-confidence has improved dramatically. This is what makes martial arts ideal for youngsters!FITNESS:Ju-Jitsu training will help improve your fitness level and build muscles (some of which you never realised you had)! whilst actually having fun doing it, and meeting some great new friends. Most clubs are small communities of people, all there to have a good time and to learn many skills, getting fit is simply a by-product.
-
Subjects:
Krav Maga,
Karate,
Kobudo Arts,
Ju-jitsu 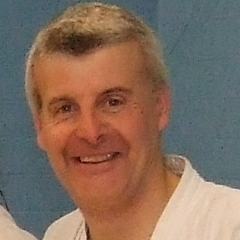 Send Message
Rob J.
Instructor
£5-8
Bristol, England
www.***
Our Philosophy Karate can be a complex subject. All clubs and styles offer something a little different. Our approach is to  encourage a relaxed and sensitive body ennabling our students to use the attacker's energy to their advantage. We believe overt power and  domination are not the most effective ways to deal with confrontation. It's all about remaining calm under pressure and using your body effectively.
£5-8
Subjects:
Karate 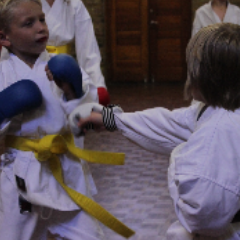 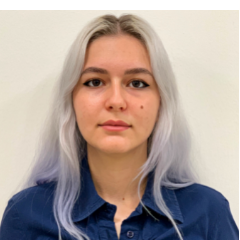 Karate training classes and lessons near me

Karate is a Japanese martial art and it means empty hand. Karate is an unarmed martial-arts discipline employing kicking, striking, and defensive blocking using arms and legs. This martial arts emphasis is on concentrating as much of the body’s power as possible at the point of impact. Striking surfaces include the hands (particularly the knuckles and the outer edge), ball of the foot, heel, forearm, knee, and elbow. All of these are toughened by practicing blows against padded surfaces or wood. Pine boards up to several inches in thickness can be broken with the bare hands or feet of an expert. Timing, tactics, and spirit, however, are each considered at least as important as physical toughening.

In sport karate and sparring (kumite) in training, blows and kicks are stopped before landing, preferably within an inch of contact. Matches usually last about three minutes, to a decision, if neither contestant has scored a clean “killing” point in the estimation of the judges. Contests of form (kata) are also held, in which single competitors perform a predetermined series of movements simulating defense and counterattack against several opponents. Performances are scored by a panel of judges, as in gymnastics.

What are the different types of Karate?

Goju-ryu is a style of karate that was established in 1930 by Chojun Miyagi who was a student of Kanryo Higaonna. This form is comprised of formidable counter-strike movements in the offensive positions and soft and circular blocks in the defensive positions that resemble jujitsu. It also uses breathing power and a variety of stances that offer soft and hard techniques capable of showing the differences between karate styles.

Shotokan-ryu is a style created by the Gichin Funakoshi himself and named after the penname he used for writing poetry. After studying in Okinawa, he moved to Tokyo in mainland Japan and established this style in 1938. Utilising wide stances and linear methods, this form enables students to deliver impressive strikes in a quick and efficient manner using the hands, elbows, knees and feet. By far the most popular style, this one is widely known throughout the world.

The third style of Karate is Wado-Ryu.This style of karate is an offshoot of Shotokan-ryu and is all about the harmony of movements, being rather similar to the martial art jujitsu. Hienori Otsuka created this spiritual form of karate in 1939. Rather than focusing on contact sparring, it teaches students how to move the body to avoid attacks. As a way of distinguishing itself from other karate styles, this fluid form of karate uses shorter stances compared to other ones.

This fourth style, called Shito-ryu and created in 1928 by Kenwa Mabuni, is all about landing powerfully accurate strikes. A high emphasis is placed on technique in these styles, as evidenced by the fifty katas students learn, which are predetermined moves for attacks and defense that students must perfect. Oftentimes, these katas are demonstrated as part of competitions and students can be tested on them. This particular style requires physical strength and strong stances to perform the moves.

What are the benefits of Karate?

Martial arts or karate in particular teach self-defense. Building reflexes to stand up to a threat is important for children and adults. Learning self-defense maneuvers is a key skill that is developed by learning karate or other martial arts. When children are confronted by bullies, the techniques they learn in karate give them the ability to defend themselves. It also builds confidence, develops character, encourages self discipline and improves your health.