Religious Studies Instructors near me 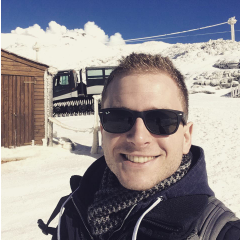 Send Message
Ryan Craze
Tutor, Teacher, Instructor
£25
England
https://tutorextra.co.uk/profile/ryan/62-16982
I have ten years classroom experience with consistently good results. I am also an Expert Examiner with a national exam board which has given me the ability to 'read between the lines' to work out what the specifications are really asking for. After an initial conversation about timescales and attainment, a diagnostic approach will be taken to determine if the learning need is functional (for example, written English skills) or technical (such as exam skills). From here a personalised curriculum will be designed with milestones indicated so all stakeholders can measure progress. Sessions will typically last no more than 60 minutes with planned activities that build towards a task to be completed independently between sessions. Time will always be given within the sessions for the tutee to reflect on progress and any emerging learning needs.
£25
Subjects:
History,
Religious Studies,
PGCE mentoring 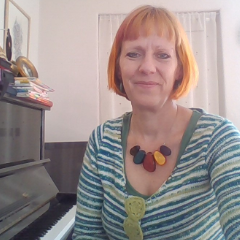 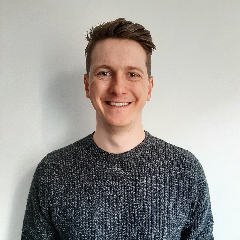 Send Message
William L.
Tutor, Teacher, Instructor
£15-25
Leicester, England
https://tutorextra.co.uk/profile/william/30-16455
A Teacher of Humanities and English with a subject specialism in RE and Philosophy. I hold Qualified Teaching Status (QTS) in the UK, am a CELTA quaified teacher of English as a second language and have over six years' of combined experience in classrooms in the UK and overseas. I have extensive experience tutoring students from KS2 age through to KS3. I am flexible with hours if necessary and pride myself on creating engaging lessons for students. As an educator, I strongly believe in the power of education to maximise the number of opportunities young people are able to seize in life. I am driven to impart knowledge and skills that can help students of today navigate and shape the world around them.
£15-25
Subjects:
Religious Studies,
Philosophy,
History,
Geography,
English 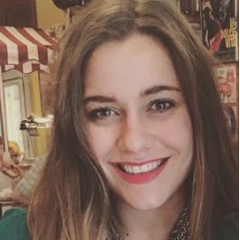 Send Message
Katie R.
Tutor, Teacher, Instructor
£20
Birmingham, England
https://tutorextra.co.uk/profile/katie/29-17865
I have an enthusiastic and caring approach to teaching and experience tutoring. I am a qualified Geography teacher and examiner working in Birmingham. I teach both GCSE and A Level with experience in exam preparation. I also teach History and Religious Education at KS3 (ages 11-14). Available for digital lessons with materials sent via email.
£20
Subjects:
Geography,
History,
Religious Studies 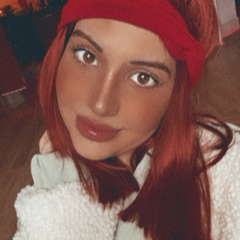 Send Message
Simi B.
Tutor, Teacher, Instructor
£15-20
Leeds, England
https://tutorextra.co.uk/profile/simi/36-22088
I make all my lessons interactive so that way you have fun whilst learning ☺️ I know what it's like to hate studying, not having anything sink in but trying so hard. Let's give it a go, try a session out and take it from www.*** ;
£15-20
Subjects:
English Literature,
Psychology,
Philosophy,
Religious Studies

Send Message
Christopher H.
Tutor, Teacher, Instructor
£12
Preston, England
https://tutorextra.co.uk/profile/christopher/30-16550
I am an enthusiastic and motivated teacher with a passionate commitment to high quality standards of teaching, learning and behaviour, as evidenced in recent feedback which has been consistently www.*** ; I am a creative and engaging teacher, building relationships through taking a compassionate yet professional www.*** ;   I have teaching experience of across a vast range of contexts teaching at Key Stage 3, and delivering GCSE Music, Btec Music and Btec www.*** ; I have also taught Religious Education to A level in two outstanding schools and I have delivered KS3, KS4 and KS5 history at the Queen Katherine School in www.*** ; Whilst at Queen Katherine, I was particularly instrumental in the revision of the KS4 history curriculum in line with the new Edexcel 9-1 specification and the KS5 music curriculum in line with the new A level music www.*** ; In addition to this, I have provided 1:2:1 tuition at Our Lady's Catholic college, supporting Year 11 students in English, Maths and Science, as well as options subjects.     Whilst at Baines, I was temporarily the only member of the music department and was responsible for the delivery of GCSE Music and A Level www.*** ; In addition to this I organised 3 extra-curricular events and co-ordinated the school peripatetic instrument teacher www.*** ;   My particularly curriculum strengths in music are Western Classical Music and Popular www.*** ; In Religious Studies, my curriculum strengths are Philosophy, Biblical Studies and Church www.*** ; As a historian, my preferred period of study is Tudor England.
£12
Subjects:
Music,
History,
Religious Studies,
Maths,
English Literature 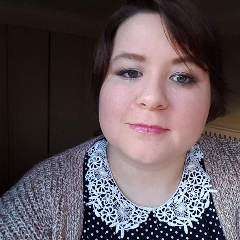 Send Message
Victoria B.
Tutor, Teacher, Instructor
£30
Dudley, England
https://tutorextra.co.uk/profile/victoria/58-13809
I have been teaching in a inner city school in Birmingham. During my time there I have taught a wide variety of subjects including: social sciences, DT, food, religious studies and PSHE. I have worked a lot with young people who have additional needs ranging from physical needs to learning difficulties and English as an additional language.
£30
Subjects:
Design and Technology,
PSHE - Personal, Social and Health Education,
Religious Studies,
Art,
Social Sciences

Religious studies lessons near me

Religious studies is the study of different religious beliefs around the world, their behaviour, institutions and how they see the world around them. The study not only explains and interprets but it also compares different religions between themselves. You’ll also learn history, how and when religions were formed, different periods they went through and how they’ve adapted into the modern world of today.

The study of religions started somewhere around the 19th century when analysis of the Bible was flourishing and many Hindu and Buddhist texts were being translated into European languages for the first time. Many scholars believe that religious studies is extremely useful in modern days, because with globalisation it is more important than ever before to try and understand the different perspectives of cultures across the globe.

What do you study in religious studies?

Religious studies is a creative and diverse course that will help you gain a better understanding of economy, politics, art and globalisation. It draws from various disciplines such as sociology and philosophy.  If you choose this subject you’ll gain strong writing, reasoning and critical thinking skills. This will be necessary as you’ll be learning about all of the major world religions and their relationship with the world and between themselves.

You’ll learn how to create an opinion that isn’t based on stereotypes but rather on facts. And learn about the ethical, cultural and political issues each religion has to deal with nowadays. Not only that but you’ll gain insight into how huge populations of people across the globe deal with fundamental questions such as what happens after death and what is the meaning of life.

Why should I choose religious studies?

If you’re interested in the history of mankind, the beliefs of different cultures and how those beliefs influence the way they live, then religious studies is the right course for you. You’ll learn about how religions were formed and the huge impact they had on human societies from the very beginning. Not only that but you’ll learn about how they’ve managed to stay relevant in the 21st century and how they have adapted to fit our constantly evolving lifestyles.

You will train some very important life skills like writing, analysing and interpreting significant amounts of information and debating various topics with peers. Furthemore, learning religious studies will give you different opportunities that you can follow as a career path. Graduates of religious studies go on to be academics, teachers, lawyers, politicians, social workers, journalists, ministers and more!

If you want to pursue a degree in religious studies then the cost will depend entirely on which university or even which country you choose to study in. However, if you want to start studying on your own, we have the perfect solution for you.

TutorExtra offers qualified tutors in over 1000 different subjects that you can choose from. Religious studies lessons start around £15 and go up to £80 depending on the credentials of the teacher. Browse through our website and select the teacher that fits your needs the best.

Religious Studies Instructors near me listed with TutorExtra UK