Physical Chemistry lessons and courses near me 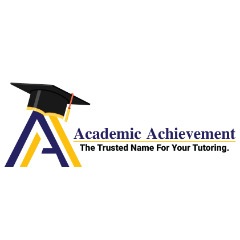 Send Message
School Academic Achievement
School, Learning Centre, Primary School, Secondary School, College, University, Language School, Tutoring Centre, Tuition Centre
-
Ashford, England
https://academicachievement.co.uk
In Our Centre based Tutoring, we make sure our students and parents feel safe and secure with having a secure centre place. All our staff are DBS checked and we take extra care about each ones safety and individual educational needs. At the centre, we have no more than 10 students at a time and to give each student personal attention we have three teachers. So at any given time no student is left unattended if they come up with any questions and doubts.
-
Subjects:
English Literature,
Physical Chemistry,
Biology,
Maths 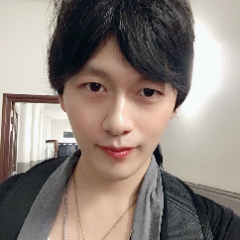 Send Message
Michael M.
Teacher
£30-40
London, England
https://tutorextra.co.uk/profile/michael/57-20959
Hello, I am Yushi Zhang. You can call me www.*** I have three higher education degrees in chemistry, and the recent one was a science master got from Queen’s University Belfast in 2020, studying in material chemistry, and I achieved a 2:1 master’s degree. With more than 9 years of experience, I gradually grow into a senior secondary and undergraduate maths&science teacher, especially in chemistry, and I am adept at stimulating students' interest in science and improving the grades. Moreover, while my on-the-job experience has afforded me a well-rounded skill set including first-rate critical and analytical thinking skills I excel at: Identify and activate student strengths- inspiring students to believe” I can do www.*** ; Build on a solid foundation of knowledge- the key to achieving a high-level grade Adjust teaching methods according to different students- targeted teaching Patience is a valuable asset- explaining key points and difficulties, again and again, Analyze the psychological changes of students- the most overlooked point Maintain active and effective communication- keep high-efficient teaching Give feedback on time and assess growth-help students feel confident. Thank you for your time and consideration. I hope you can choose my courses and I will return a satisfactory result!
£30-40
Subjects:
Chemistry,
Inorganic Chemistry,
Organic Chemistry,
Physical Chemistry,
Calculus 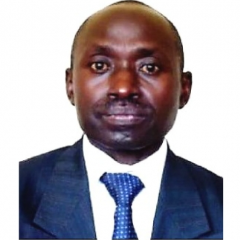 Send Message
Kamilo V.
Tutor, Teacher
£18
Outside UK
https://tutorextra.co.uk/profile/kamilo/53-20603
I am a certified graduate with a Masters in Chemistry Education. I have taught Middle and High School K-12 Chemistry for 38 years. I also did 7 years of moderating and marking Uganda National Chemistry Examinations under UNEB. I am capable of handling Organic, Physical, Inorganic and Applied Chemistry to K-12 level. I currently give online help to students in home based assignments for National and International Exams like KGCSE under KNEC in Kenya and Cambridge IGCSE (0620) and GCSE. I have experience and am keen on preparing students around challenging concepts to succeed in their exams. I pledge to do a good job.
£18
Subjects:
Chemistry,
Inorganic Chemistry,
Organic Chemistry,
Physical Chemistry,
Thermochemistry
Reload
See more results

What is the subject Physical Chemistry?

Physical chemistry is a branch of chemistry concerned with interactions and transformations of materials. It lies at the interface of chemistry and physics, in as much as it draws on the principles of physics (especially quantum mechanics) to account for the phenomena of chemistry. Unlike other branches, it deals with the principles of physics underlying all chemical interactions (e.g., gas laws), seeking to measure, correlate, and explain the quantitative aspects of reactions.

Quantum mechanics has clarified much for physical chemistry by modeling the smallest particles ordinarily dealt with in the field, atoms and molecules, enabling theoretical chemists to use computers and sophisticated mathematical techniques to understand the chemical behaviour of matter.

Why is Physical Chemistry important?

It accounts for the structures and properties of transition metal complexes, organometallic compounds, the microporous materials known as zeolites that are so important for catalysis, and biological macromolecules, such as proteins and nucleic acids, including DNA.

It is fair to say that there is no branch of chemistry (including biochemistry) that can be fully understood without interpretations provided by physical chemistry.

What are the branches of Physical Chemistry?

Physical chemistry is traditionally divided into a number of disciplines, but the boundaries between them are imprecise.

Thermodynamics is the study of transformations of energy. Although this study might seem remote from chemistry, in fact it is vital to the study of how chemical reactions yield work and heat. Thermodynamic techniques and analyses are also used to elucidate the tendency of physical processes (such as vaporisation) and chemical reactions to reach equilibrium —the condition when there is no further net tendency to change. Thermodynamics is used to relate bulk properties of substances to each other, so that measurements of one may be used to deduce the value of another.

Theoretical chemistry is a branch of physical chemistry in which quantum mechanics and statistical mechanics are used to calculate properties of molecules and bulk systems. The greater part of activity in quantum chemistry, as the former is commonly termed, is the computation of the electronic structures of molecules and, often, their graphical representation. This kind of study is particularly important to the screening of compounds for potential pharmacological activity, and for establishing the mode of action of enzymes.

Physical Chemistry lessons and courses near me listed with TutorExtra UK