Greek Instructors near me 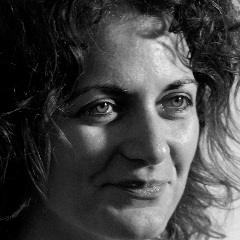 Greek lessons and courses near me

About the Greek language

Greek is an independent branch of the Indo-European family of languages, native to Greece, Cyprus, Albania, and the other parts of the Balkans, the Black Sea coast, and the Eastern Mediterranean. It has the longest documented history of any Indo-European language, spanning at least 3,400 years of written records. Its writing system is the Greek alphabet, which has been used for approximately 2,800 years; previously, Greek was recorded in writing systems such as Linear B and the Cypriot syllabary. The alphabet arose from the Phoenician script and was in turn the basis of the Latin, Cyrillic, Armenian, Coptic, Gothic, and many other writing systems.

Why should you study the Greek language?

The Greek language holds an important place in the history of the Western world. Beginning with the epics of Homer, ancient Greek literature includes many works of lasting importance in the European canon. Greek is also the language in which many of the foundational texts in science and philosophy were originally composed. The New Testament of the Christian Bible was also originally written in Greek. Together with the Latin texts and traditions of the Roman world, the Greek texts and Greek societies of antiquity constitute the objects of study of the discipline of Classics.

Greek roots have been widely used for centuries and continue to be widely used to coin new words in other languages; Greek and Latin are the predominant sources of international scientific vocabulary.

The Mycenaean script dropped out of use in the 12th century when the Mycenaean palaces were destroyed, perhaps in connection with the Dorian invasions. For a few centuries the Greeks seem to have been illiterate.

In the 8th century at the latest but probably much earlier, the Greeks borrowed their alphabet from the Phoenicians in the framework of their commercial contacts. The Phoenician alphabet had separate signs for the Semitic consonants, but the vowels were left unexpressed. The list of Semitic consonants was adapted to the needs of Greek phonology, but the major innovation was the use of five letters with the value of vowels—α (a), ε (e), ι (i), ο (o), υ (u). The earliest datable inscriptions, both from approximately 725 BCE, come from Athens (the Dipylon vase) and the colony of Ischia in the Tyrrhenian Sea (the so-called Nestor’s cup).

During the period from the 8th to the 5th century BCE, there were local differences in the forms of the letters and in their values from one city to another. Moreover, the primitive Greek alphabet underwent various reforms—the creation of new letters or a new use of old letters, first ϕ (ph), χ (ch), then ξ (ks), ψ (ps), η (ē), and ω (ō). About 400 BCE the alphabet became normalised throughout the Greek world as the Asiatic Ionic form was uniformly adopted.

Greek alphabetic inscriptions are numbered in tens of thousands: dedications, epitaphs, decrees, laws, treaties, religious rules, judicial decisions, and so forth. The majority are of Hellenistic or Roman origin.

Greek Instructors near me listed with TutorExtra UK