Arabic Instructors near me 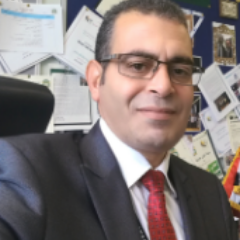 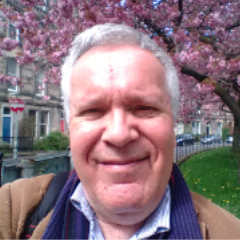 Send Message
Jonathan F.
Tutor, Teacher, Instructor
£25-40
London, England
https://tutorextra.co.uk/profile/jonathan/46-22438
I have been teaching Arabic for 30 years at different levels. I specialise in Egyptian Arabic, Levantine Arabic and Modern Standard Arabic. My teaching is communicative and I have published a number of coursebooks.
£25-40
Subjects:
Arabic Send Message
Shoaib Hussain M.
Tutor, Teacher, Instructor
£22
Slough, England
https://tutorextra.co.uk/profile/shoaib-hussain/55-22892
I am a qualified professional teacher helping students acheive their goals in top grades. I use my knowledge, information, experience and teaching skills to improve the educational standards of my students. I firmly believe in not re-inventing the wheel. Over 10 years of practical experience and 8 years of teaching experience.
£22
Subjects:
Maths,
Computer Science,
Physics,
Chemistry,
IT professional training 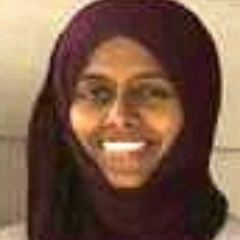 Arabic lessons near me

Arabic is a Semitic language spoken in large areas including North Africa, the majority of the Arabian peninsula and other parts of the Middle East. It originally emerged somewhere between the 1st and 4th centuries CE and nowadays it is used as the common language of the Arab world. It was named after the Arabs, which originally was a term used to describe the people living in the Arabian peninsula.

There are currently around 315 million native Arabic speakers, making it the 5th most spoken language in the world. It is the official or co-official language in 25 countries and the sacred language of the religion of Islam since the Quran and the Hadiths were both written in Arabic.

Why should I learn Arabic?

Nowadays, learning Arabic will open a new world of opportunities ahead of you. The Arabic language is heavily concentrated in one region of the world, which is currently experiencing a heavy boom in business development. With the rapid growth of the local economy, more and more foreign investors are looking for opportunities to invest in and work with businesses in the region.

For these reasons more and more businesses are looking to hire candidates who speak Arabic so they can help them communicate with local businesses more effectively. Furthermore, learning a new language always has more benefits than just the ones associated with your career. The Arabic language will unlock a whole new world for you. You’ll be able to travel across new countries, meet new people and learn about cultures you most likely would have never had the chance to otherwise.

Is Arabic difficult to learn?

Most English speakers are often intimidated by Arabic because of the common perception that it is extremely difficult. But where does that perception come from?

For starters, Arabic uses a non-Latin alphabet, which means it takes a bit more effort to get used to. However, unlike the thousands of symbols used in Chinese, Arabic only has 28 script letters.

Another part that might scare some people away is that unlike most languages, Arabic is written and read from right to left. Furthermore, arguably the most challenging aspect for beginners is the fact that most vowels don’t exist in Arabic.

Although all of this might seem like too much, believe us when we say, it’s not as bad as it sounds! It should take you only a few days to get used to the backwards writing and reading system and from then on you’ll just have to practice and learn new vocabulary, just like in any other language! The only part that might genuinely be a challenge is the exclusion of most vowels and the new sounds that you’ll have to learn. However in reality there are only 2 or 3 sounds that aren’t used in English.

Arabic is certainly not the easiest language you can learn, however with the right mindset and proper preparation it’s certainly achievable!

The price of courses entirely depends on where you decide to learn Arabic. At TutorExtra we offer a variety of qualified teachers who are ready to teach students starting at any level.

Explore our website and choose the tutor that suits your needs the best.

Arabic Instructors near me listed with TutorExtra UK