Ethics Tutors near me 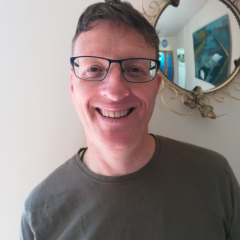 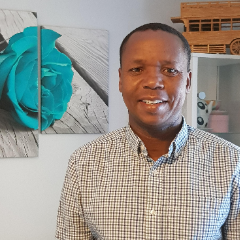 Ethics lessons and courses near me

What is the subject Ethics?

Ethics is a very ancient concept, aimed at the study of people's actions and their legitimacy, their moral and moral qualities.

The science of good and evil

The word ethics, once used by Aristotle, later became a science to the study and development of which many philosophers of the world devoted themselves. If the ancient thinker was interested in finding the answer to the question of what lies at the root of human actions, subsequent generations of sages have been interested in the concept of ethics and morality in the pyramid of human values.

Modern ethics is a broader concept than ancient philosophers imagined. Today it not only helps to evaluate all actions from the standpoint of correctness, but also awakens the evaluative consciousness in people.

Ethics in Antiquity:cThe sages of antiquity did not distinguish it as a separate scientific discipline, but classified it as sections of philosophy and law.

Especially in those days, it resembled moralising aphorisms that helped to awaken in men their best and noblest traits of character. It was Aristotle who set it apart as a separate discipline, placing it between psychology and politics.

In a work titled Eudemian Ethics, Aristotle discusses the issues surrounding human happiness and the reasons for its occurrence. The profound thoughts of this scholar were directed to the fact that, in fact, in order to prosper, one must have a goal and the energy to realise it. He believed that disobedience to life to achieve it was great recklessness.

What is the concept of Morality in Ethics?

The basic criterion of a person's morality is the ability to distinguish between the concepts of good and evil and the choice of non-violence, love for one's neighbour and following the spiritual laws of good.

Sometimes the terms "ethics", "morality", "morals" are considered synonyms that mean the same thing. This is not so. In fact, morality is the category that ethics as science studies. The spiritual laws laid down by people in ancient times require that one live according to the rules of honour, conscience, justice, love, and kindness. The church once studied and observed the laws of morality, teaching the faithful the 10 commandments. Today this is done more at the family and school level where ethics are taught.

A person who puts into practice and promotes spiritual laws has always been called righteous. The concept of moral ethics is the correspondence of the categories of good and love with the actions that a person performs.

Are Ethics lessons and courses expensive?

These lessons are not expensive and really interesting. If you are interested in this topic a private teacher is a great way to expand your knowledge in the field. Studying has many benefits for your job, studies or relationships in your daily life. With the TutorExtra platform, you can find professional teachers. They will help you with all the theories you need to learn ethics and will provide you with interesting and helpful materials for you to read. Many teachers will offer you a first lesson free so don't hesitate to contact them and ask for their free time.

Ethics Tutors near me listed with TutorExtra UK