Classical Guitar Instructors near me 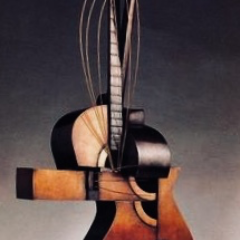 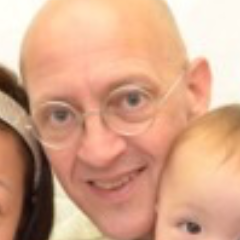 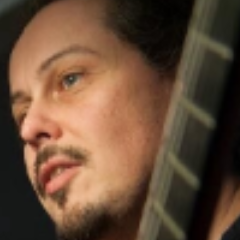 Send Message
Jon R.
Tutor, Teacher, Instructor
£18
Brighton, England
www.***
Thanks for visiting my profile - I'm Jon Rattenbury and I play and teach guitar and other fretted instruments. I've been involved with music professionally for 20 years. Do you want to learn the guitar, bass or ukulele? I am a professional guitar teacher that has helped hundreds of students of all ages achieve their musical goals. NOW TEACHING ONLINE - Since early March 2020, I've been teaching students using Zoom, Skype, Facetime and MS Teams. I can help you learn while we are all restricted to staying at home. Get in touch for a FREE consultation and technical setup so that you can have online guitar lessons. I have taught guitar in Sussex for 20 years, both privately and in schools, colleges and university. I help students with auditions, performances, music exams and just getting better at playing. Whether you want to learn classical guitar, electric guitar, acoustic guitar, bass guitar or ukulele, I have the knowledge and experience to ensure you can progress quickly. I provide tuition for music theory and often contribute practical help and guidance for composing and song-writing. I even have experience on lute and baroque guitar, if you have an interest in early music. For those interested in singing while playing guitar or ukulele, I can share my own singing and accompanying experience and help you find your voice. My wide experience teaching children and teenagers ensures that students will enjoy learning their instrument while making real progress. Past and present students have worked on music A-level, GCSE and IB performances, undergraduate university degree coursework, practiced for concerts and gigs, prepared for auditions and for music grade exams. I also teach adults, from complete beginners to university students, to other guitar teachers who want to widen their knowledge. Also for adult classical guitarists, I run a regular guitar group. This is great for sight-reading, learning new repertoire and musicianship. It's also good fun and it's a friendly and relaxed group. I have worked as a music examiner for RSL (Rockschool) and IBO, and helped ABRSM with music syllabus development, so I have a very good understanding of music qualifications. I have enhanced DBS certification for working with children and vulnerable adults, and Public Liability Insurance.
£18
Subjects:
Acoustic Guitar,
Classical Guitar,
Bass Guitar,
Guitar,
Ukulele 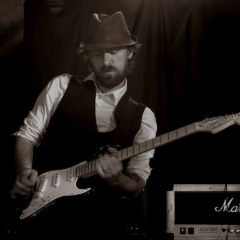 Send Message
Craig W.
Tutor, Teacher, Instructor
£30
Sheffield, England
www.***
Learning any instrument should be a fun and rewarding experience, I am passionate about music and hope to pass this onto all the students I teach. I have been teaching guitar, bass and ukulele since 2000. Throughout this time, I have worked with several different organisations. These include the Derbyshire City and County Music Partnership, Sheffield Music service, HI Gain Guitar school and Harmony Music school. At present I still work along side the Sheffield Music Service as an accredited teacher. This gives me access to professional development courses as well as an enhanced DBS certificate. A recent observation judged my lessons as outstanding. Through teaching guitar, I have had the pleasure of see many of my students grow into well round musicians performing in bands and working in the music industry. Students range from beginner to established players looking to refine their skills. Everyone is welcome, and I teach students from the age of 7 right through to retired people looking for a new challenge. Through teaching guitar, I have been interviewed for the guitar tutor magazine as well as being feature in the Guitar techniques magazine. Aside from teaching I have worked in many bands over my career playing in venues across the country from theatres to clubs and everything in between. One of my claims to fame is performing in front of both Prince William and Prince Harry. As well as teaching and gigging, I also work for the London College of music as an examiner. For this I travel around the country conducting exams in Guitar, Bass and Ukulele from the beginner stage right through to diplomas in performance and teaching. This work has not only seen me travel across the U. K but I have also completed 2 exam tours of Australia and New Zealand as well as trips to Greece, Cyprus and Ireland.
£30
Subjects:
Guitar,
Bass Guitar,
Ukulele,
Blues Guitar,
Classical Guitar Send Message
Ramtin M.
Tutor, Teacher, Instructor
£40
London, England
https://tutorextra.co.uk/profile/ramtin/83-20842
I have been teaching and performing for over 25 years in which I have gained a great deal of experience. I have had a lot of students with the age range that varies from 4 to 65 years old. Amongst my pupils, there are beginners, intermediates and advanced guitar players whom are learning the guitar either for hobby, or preparing for their grade examinations. My style of teaching varies from person to person based on their aims and objectives. For hobby guitarists, I can be more flexible and arrange my lessons based on what they desire. However, if you are thinking of taking an exam or preparing for a performance, then I recommend to set a goal and a plan to achieve this goal; and of course, I will guide and support you all the way through this journey, until your goal is achieved.
£40
Subjects:
Classical Guitar 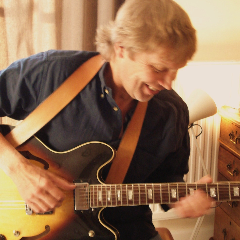 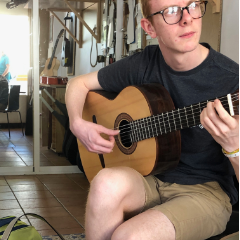 Send Message
Scott Y.
Tutor, Teacher, Instructor
£8-15
Glasgow, Scotland
https://tutorextra.co.uk/profile/scott/64-21329
I enjoy sitting down with students and creating practice plans for the short and long term. This could be working towards an SQA, ABRSM or Trinity exam for example or just putting on a little show for your www.*** ;   My teaching style is very dependent on what the student needs and how they wish to work. If a student wants to work casually then that's totally up to them. If more advanced students want to be pushed then I'm happy to do that also. I also have experience of working with children who have additional support needs.   With beginners, I like to take the time to make sure you're comfortable around the instrument. It's very important to make sure that your hands and seating position are set properly. From there, we will refine both musicality and technique and expand your repertoire/song list. It's also very important to me that beginners enjoy what they play so I like to allow you to pick some songs or repertoire too!    With more advanced players, I like to listen to your playing and work out a route map from there. We'll normally discuss topics such as music history, shaping your phrasing and working on adding colour to your pieces as well as nails (if applicable) and www.*** ;   I hope you'll enjoy working with me!
£8-15
Subjects:
Classical Guitar 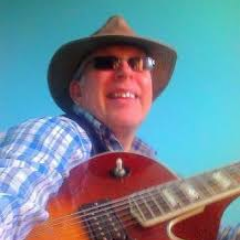 Send Message
Tony M.
Tutor, Teacher, Instructor
-
London, England
www.***
I’m London based but travel to most area’s and teach guitar, piano, drums and singing. I teach kids & adults, beginners through to advanced levels. I’m DBS certified and I’m an accredited tutor with ‘***** *****’. If close to my home I often offer the first lesson for FREE! I began teaching in 1979 (aged 19) and will teach at all levels. While theory and technical exercises are necessary, these will be kept to a minimum with the focus on playing the instrument . My lessons are relaxed and fun. Feel free to get in touch to ask more check me out on '***** *****'.
-
Subjects:
Guitar,
Piano,
Drum,
Singing,
Classical Guitar
Reload
See more results

Classical Guitar Lessons Near Me

The classical guitar, also known as the Spanish guitar, is a member of the guitar family and is primarily used to play classical music. It is the predecessor of the modern day acoustic and electric guitars. The classical guitar is a string instrument that is made from wood and usually consists of six strings made from nylon.

The exact history of the classical guitar isn’t perfectly clear, however it is believed to have originated from two other instruments - the vihuela and the baroque guitar. The first modern looking guitar appeared somewhere around the time of the Renaissance.

What are the differences between classical and acoustic guitar?

A common misconception is that classical and acoustic guitars are the same thing. For the untrained eye, it is easy to mix them up, both of them have a similar shape and consist of six strings. However, as similar as they are, they also differ from one another.

The main difference that most guitarists will quickly notice is that the strings are made from completely different materials. While the acoustic guitar uses steel ones, the classical guitar uses nylon strings. The second difference is the size of the neck. Classical guitars have wider necks with larger spacing between each string while on the acoustic one the neck is a lot smaller. There are also differences when it comes to the bridges of the guitars and the tuning pegs.

Last but certainly not least, the two guitars produce different sounds and are used in different genres. The classical guitar is mainly used to perform classical and Latin music while the acoustic guitar is more suited for more modern music like pop, rock and country.

Which guitar is better for beginners - classical or acoustic?

In reality both guitars are recommended for beginners. They’re good for learning the basics and getting used to string instruments. There is no universal right or wrong answer when it comes down to it, it all depends on your personal preference and what music you want to play.

Most people nowadays want to learn the guitar because they want to play their favourite pop or rock songs. If you’re one of those then an acoustic guitar is probably the best choice for you. You’ll have to endure a bit of pain until your fingers get used to the steel strings, but apart from that you won’t regret your decision.

On the other hand, if Spanish and Latin music is what made you want to learn the guitar, the only right choice for you is the classical guitar.

This question doesn’t have one answer. It all depends on your own approach. If you’ve decided to learn a musical instrument, you’re more than likely going to have to purchase one. There are plenty of very cheap classical guitars out there, however buying the cheapest one you can find isn’t always the best idea. You can find suitable guitars for beginners for around £150 - £300 if you do your research correctly.

Beyond that, finding a good teacher is always a great idea if you want to progress quickly. TutorExtra offers a wide variety of qualified tutors offering lessons starting at £15 and going up to £40 an hour.

Classical Guitar Instructors near me listed with TutorExtra UK