Spanish Schools near me 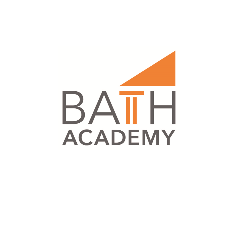 Send Message
Bath Academy
School, Secondary School, Private School, Language School, Speciality School, Boarding School
£60
Bath, England
www.***
Bath Academy is an independent college and language school that specialises in a personalised, tailored education. We offer tutorial support in both Academic and English Language courses to match individual needs of students, helping them to achieve their academic potential in any direction they may choose. Students from different backgrounds and various cultures continue to carve out their individual academic journey with us and progress beyond our expectations. We can provide both individual or group tuition during term time and throughout the holiday periods. We hold regular revision courses and for Summer 2020 will be offering group sessions for students to get ahead in A Level subjects. Starting in June 2020, we are offering A-Level Preparation Courses online, specialising in STEM subjects (Maths, Biology, Chemistry, and Physics).Parents and students have requested that we offer courses for those who are missing over a term of education due to COVID-19, especially Year 11’s progressing to A-Levels in September. Other subjects are also available  As Bath’s only independent college to offer both academic and English Language courses, we provide unique opportunities to both local and international students looking for a school that takes their individual needs into consideration, and are able to provide achievable, alternative academic routes to higher education. With tailored teaching and support, we give students the best chance to apply successfully to high quality universities. With passionate teachers and caring staff, we especially excel with students who are faced with extra challenges, whether it is students facing personal adversities during these crucial academic years, students with learning disabilities who are more comfortable in a smaller class or one-to-one tuition, or international students coping with studying in a foreign country. The success of our students in gaining places on their chosen courses, many at high ranking universities, is the best testament to our teaching approach. The experience of our students has been that, with personalised teaching and effective support, young people from every realm have been able to progress to excellent university courses leading to successful professional careers.
£60
Subjects:
Mathematics,
Biology,
Chemistry,
Physics,
Geography 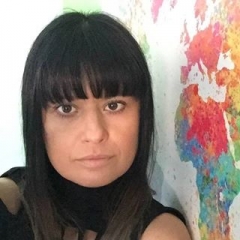 Send Message
Language 4 Life
School, Private School, Language School, Tutoring Centre, Tuition Centre
£20
Blackpool, England
www.***
Expert teachers We only hire the best, because we believe – a good teacher is the key to success. Our teachers thanks to their knowledge, qualifications, experience and passion guide, motivate and help students reach their goals. Students are always active in the lessons. Teaching Methods There are so many teaching methods. You might ask how do we chose them. It is very simple. There are three main sensory receivers: auditory, visual and kinaesthetic and they determine how we learn. We test what is your learning style and we select the best methods. Tailored lessons Our school offers tailored lessons. The programme of the lessons will be designed especially for YOU and the methods of teaching carefully chosen depending on your learning style – so the progress is quicker. We will also find the time that suits you best. You can come to school or study in the comfort of your own home. Local school - Global audience We are a local school in Blackpool however we help students all over the world using the latest technology and techniques. So even if you do not live locally we can still assist you on your learning journey. ONLINE LESSONS AVAILABLE
£20
Subjects:
Polish,
English,
Italian,
German,
French 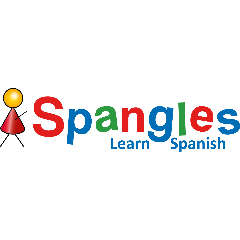 Send Message
Spangles Spanish Courses
School, Private School, Language School, Tuition Centre
£83-176
Kent, England
www.***
Spangles has been successfully running Spanish courses for adults, teenagers and children in Kent since 2005. Spangles Spanish  lessons are focussed on conversation and culture. Our well-structured courses are reinforced with audio tracks to assist adults and teenagers with speaking and listening. Each child is awarded a vocabulary picture-sheet at the end of each lesson and everyone can access the interactive games on this website to assist with learning. We teach in Kings Hill on Mondays, Bexley on Tuesdays, Sandling on Wednesdays, Maidstone on Fridays, Detling on Saturdays.
£83-176
Subjects:
Spanish 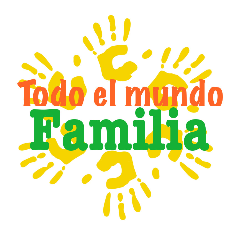 Send Message
Todo el Mundo
School, Learning Centre, Preschool, Private School, Language School, Tutoring Centre
£25
Bath, England
www.***
We have a team of passionate language tutors that deliver our group classes for adults and children aged 0-12.  Our group Spansih and French classes are a sociable and affordable way to learn a new language and there is more information on our website, with lessons prices ranging from £7 to £18. Our lovely tutors are also avialable for private tuition for all ages and levels from GCSE preparation to conversation practice.  Most of our tutors work with chidren so are DBS checked.  First meetings take place in public places such as city centre cafe's.   For private tutoring our teachers are happy to work towards your goals and meet at a time/place that is convenient to you.  You can also book tutor appointments on our website and tell us about your requirements when you book.
£25
Subjects:
Spanish,
French 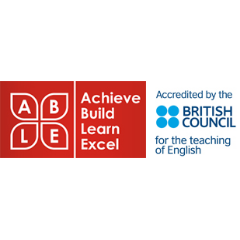 Send Message
ABLE Manchester
School, Language School
-
Manchester, England
www.***
We are an English school committed to providing high quality lessons which can be combined so our students can Excel. ABLE offers something which no other English school in Manchester has; the ability to combine a variety of courses which means students can achieve their goals faster.
-
Subjects:
English,
Spanish,
Italian,
French,
German 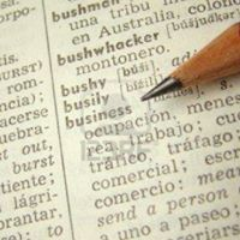 Send Message
Lingua Clinic
School, Learning Centre, Secondary School, Private School, Language School, Education Centre, Tutoring Centre, Tuition Centre
£35
London, England
www.***
Private training in Spanish provided at your workplace or home. Flexibility in terms of time and location ensures that our lessons and courses fit around your busy schedule. We help you to communicate in Spanish effectively and confidently without boundaries, which you will find rewarding and above all an enjoyable experience. All Spanish lessons and courses are tailored towards your level, progress, ability and learning objective. We teach Spanish at beginner, intermediate and advance level in one-to-one or group settings. We specialise in providing tutors for your private Spanish lessons. Our tutors are the most valuable asset of Lingua Clinic. We only recruit native Spanish speakers with teaching experience to deliver effective and challenging Spanish language lessons and courses. Clients of Lingua Clinic include small, medium and large businesses as well as private individuals based in London, learning both conversational and business Spanish. We ensure that every Spanish lesson and course is tailored to the specific requirements of each student.
£35
Subjects:
Spanish 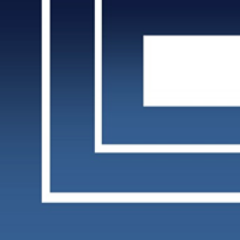 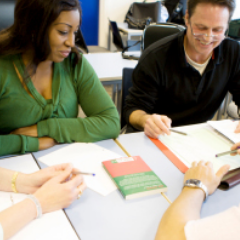 Send Message
The Languages for Business Centre
School
-
Sale, England
www.***
Our dedicated in-house team of professional linguists is supported by a network of highly-qualified consultants, language trainers, translators and interpreters, each with their own sector and country-specific expertise. This means that we can offer the most comprehensive range of language services for exporters who are looking to open up new markets or expand existing ones, setting new standards in personal commitment to your success.
-
Subjects:
French,
German,
Spanish,
Italian,
Portuguese
Reload
See more results

Send this message to your top 10 results.
Send my enquiry to several other similar providers
Send

Spanish Lessons Near Me

About the subject Spanish

Spanish is a Romance language and a descendent of Latin, which originated in the Iberian Peninsula. Nowadays, there are nearly 500 million people around the globe who speak it as their native language. That makes Spanish the second most spoken native language in the world, only behind Mandarin Chinese.

Not only that, but Spanish is also the second most studied language in the world behind English. You might have been scared off by hearing how fast the native’s speak or by their unorthodox inverted exclamation and question marks, however we can assure you, it’s easier to learn than you think!

Why should I learn Spanish?

As mentioned previously, one of the biggest reasons why anyone should learn Spanish is because it's a global language. There are 22 countries in which it is the native language and there are over 50 million people in the United States who speak Spanish. Learning it as a second or third language will allow you to travel freely across most of North and South America, including the Caribbean, and who doesn’t want to go there?

By learning such a popular language, your career opportunities will increase significantly. More and more positions nowadays require a second language and Spanish is one of the most commonly needed ones.

Last but certainly not least, you’ll finally be able to sing along to all the reggaeton hits you constantly hear on the radio and in every club.

Is Spanish difficult to learn?

This might as well be considered another reason to start learning Spanish, because it is widely considered to be one of the easier languages to learn. Spanish is derived from Latin which means that if you speak English, you’ll notice a lot of similar words. “Actor” means actor, “delicioso” means delicious and so on.

Furthermore, you’ll be learning a phonetic language, which means words are pronounced the way they are spelled. Obviously, it won’t always be a walk in the park, Spanish has a few different verb tenses and exceptions that will take some getting used to, but that’s unavoidable regardless of the language you’re learning.

How long does it take to learn Spanish?

Depending on where you check, the opinions vary. Some sources claim that if you spend 1 hour a day learning Spanish, you’ll be able to have fluent conversations within 8-12 months.

However, as with any language, it will all depend on how much time you’re willing to invest and how committed you are. The best way to learn is by going all in. Read books, listen to podcasts, find a friend to talk to, your opportunities are endless!

If you really set your mind to it, we’re sure you’ll be ordering cervezas and tapas in fluent Spanish in no time!

Is it expensive to learn Spanish?

As with any language, the price of learning is based on a cost-per-lesson-basis. Depending on which tutor you choose, how much time you’re willing to invest and what level of proficiency you want to reach, the prices will vary.

If you’re a beginner, prices at TutorExtra start at around £10 and can go as high as £60 per lesson depending on which tutor you choose.

Browse TutorExtra to find qualified tutors in over 1000 subjects.

Spanish Schools near me listed with TutorExtra UK