Microsoft Office Teachers near me 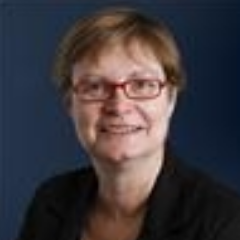 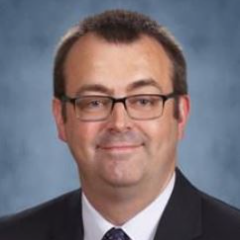 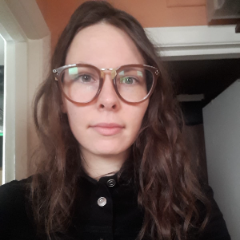 Send Message
Elzbieta K.
Tutor, Teacher
-
London, England
https://tutorextra.co.uk/profile/elzbieta/61-21045
I am an experienced and passionate teacher and tutor for 9 years. I really enjoy sharing my knowledge and experience! I use different techniques and strategies to keep students engaged and maximize the progress of learning at their own paces. I motivate students to surpass their potentials. I offer tailored teaching as I know each student is different. I visualize the problems and use analogies to make them easier for students to understand. I have wide horizons, I was studying also materials engineering and linguistics and I'm fascinated about technology&programming&sciences and history&culture&geography. I graduated from Molecular Biophysics (Bachelor) and now I am studying Bioinformatics and Biology of the Systems (Masters). A positive atmosphere in classes is very important for me. I hope to meet you in the class/session!
-
Subjects:
Basic Maths,
Elementary Maths,
Physics,
Quantum Physics,
Biology

Send Message
Manahal K.
Tutor, Teacher
£25
Outside UK
https://tutorextra.co.uk/profile/manahal/38-19693
I beleive in my skills and guidance. I can help childdren to reach their potentials. i have worked various children with different needs. i can help children to succeed and enjoy their learning in effective and through interesting activities.
£25
Subjects:
English,
Basic Maths,
Microsoft Office,
Mathematics,
Pre-school Education
Reload
See more results

What are Microsoft Office lessons and courses?

Microsoft Office, or simply Office, is a family of client software, server software, and services developed by Microsoft. It was first announced by Bill Gates on August 1, 1988, at COMDEX in Las Vegas. Initially a marketing term for an office suite (bundled set of productivity applications), the first version of Office contained Microsoft Word, Microsoft Excel, and Microsoft PowerPoint.

Over the years, Office applications have grown substantially closer with shared features such as a common spell checker, OLE data integration and Visual Basic for Applications scripting language. Microsoft also positions Office as a development platform for line-of-business software under the Office Business Applications brand. On July 10, 2012, Softpedia reported that Office was being used by over a billion people worldwide.

Office is produced in several versions targeted towards different end-users and computing environments. The original, and most widely used version, is the desktop version, available for PCs running the Windows and macOS operating systems. Microsoft also maintains mobile apps for Android and iOS. Office on the web is a version of the software that runs within a web browser.

Microsoft Office has become a leading platform to drive productivity at home and in the workplace. Whether it is managing email in Outlook, or building analysis spreadsheets in Excel, Office has made carrying out many computer based tasks easier for all of us.

There are many benefits of using and studying how to use Microsoft Office. First Microsoft Office is a Universal Software. It is now compatible with mobile after they recently developed Office Mobile, which offers free-to-use versions of Office applications for mobile devices.

Microsoft also runs Office Online, a web-based version of core Office apps, which are included as part of a Microsoft account. For years, Office has been compatible with Apple’s MacOS, a move which at the time was questionable due to the rivalry between Apple and Microsoft, but one that has proven to be a good one for both tech giants.

Microsoft Office is used by over 1.2 billion people and most businesses. To put that in context, that’s nearly 20% of the world’s population use Microsoft Office 365. That many people can’t be wrong.

Recent statistics has shown that the percentage of enterprises with at least 100 users increased from 87% to 91%, and usage within enterprises grew over 320%.

The answer to this question is easy. No they are definitely not. Learning Microsoft Office will definitely help you improve your CV, knowledge and skills. With the TutorExtra platform you can find great teachers and ask them about anything you need help for. The prices vary between £23-£45 and some teachers can offer you a first lesson free.

Microsoft Office Teachers near me listed with TutorExtra UK