Hip Hop lessons and classes near me

Send Message
School R.
School, Learning Centre, Preschool
£6
Rickmansworth, England
www.***
Build healthy habits for life at RISE Studios. Dance is a great way to keep fit and healthy, and Musical Theatre and Drama build confidence and strong communication skills. Inspiring and dedicated Dance and Performing Arts Schools in Watford and Rickmansworth, Hertfordshire, offering classes in ballet, modern, tap, street dance, hip-hop, drama, singing, LAMDA and Performing Arts. Our teachers are professional or ex-professional dancers and actors who have worked in the business for years. Classes take place at St John’s Church, Berry Lane, and Rickmansworth School, Scots Hill in Rickmansworth, and West Herts Squash and Fitness Centre in Watford. We pride ourselves on being a friendly and welcoming dance and performing arts school suitable for all levels. Whether you are training for a career in the Performing Arts or just come for a bit of fun and fitness, we cater for all. It’s never too late to join a dance class, and the health benefits are endless for both body and mind. Give us a call if you would like to come along and try us out.
£6
Subjects:
Dance,
Ballet,
Classical Ballet,
Contemporary Dance,
Tap Dance 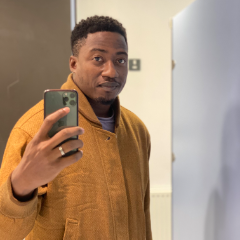 Send Message
Dance School S.
Sports Centre
£10
Brighton, England
www.***
www.*** ;is a multi-award-winning dance company/school providing Streetdance and Hip Hop dance classes to everyone ranging from 4 yrs to 18yrs across Sussex. It was founded by award-winning JP Omari, who is widely known in the UK Hip Hop dance scene for his dedicated work in the community dance sector over the last 15 years. Although Hip Hop dance is at the forefront of www.*** ;s activities, what is most important to JP are the qualities that make one not only a good dancer but also a decent, respectable and confident person through hard work, discipline and respect. In class, children learn the importance of these qualities alongside the ability to express themselves freely and have fun through dance. "We are committed to creating a positive lifestyle where Hip Hop dance is taught in a fun environment where discipline, hard work and respect are paramount. We stand against lethargy and cultivate passion and funk in every person."
£10
Subjects:
Dance Fitness,
Street Dance,
Hip Hop

Send Message
School S.
School, Speciality School
-
Beckenham, England
www.***
At Studio 74 we specialise in a variety of DANCE disciplines and our teachers share a great love for performing arts. Our team of teachers are passionate about dance and theatre and are looking forward to sharing their skills and expertise with all of our students in a happy and safe environment. At Studio 74 we offer a diverse dance programme including hip hop, break dance, freestyle, ballet, modern, tap, jazz, cheerleading, salsa, Latin, ballroom, Gymnastics, fun and funky adult dance/aerobics classes, Zumba, Street Dance and Musical Theatre for all ages. We also offer pilates, yoga, baby massage, Glee club, Pre-school music classes, Taekwondo and much more! We have 3 beautiful air-conditioned studios fitted with professional sound systems however, one of our most exciting rooms is our new recording studio – ideal for children' pop parties, hen parties and special occasions. Let your children have the chance to be a popstar for the day or form a band with their friends and take home a DVD or CD of their special performance! Here at Studio 74 we also offer a photography studio where our experienced photographer works his magic to create beautiful pictures of you and your family. For those of you who just want to relax whilst the children are occupied come and chill out in Bar 74 our fun and funky coffee and milkshake bar complete with plasma screen and Wi Fi. Our dedicated team aim to give you a personal service from the minute you walk through our doors. All our teachers are insured and CRB checked. They are professional, passionate and have a wealth of experience in their chosen field. Why not pop in and visit us to see what we offer!
-
Subjects:
Drama,
Musical Theatre,
Modern Dance,
Hip Hop,
Breakdancing
Reload
See more results

Hip Hop lessons and classes near me

What is Hip Hop?

Hip Hop is a cultural movement that emerged in the 1960s and 1970s in New York City among African Americans and Latinos. Hip hop is a fusion of electronic tempo with urban culture. It emerged after the disco music era. The term hip hop refers to a type of music as well as an artistic movement and subculture. Although the term rap is often used as a synonym for hip hop, rapping is not an essential component of hip hop music. Hip-hop is a concept encompassing four elements: DJing, graffiti, break dancing and rapping. Other expressive and musical devices involved are beatboxing, hip-hop fashion, modern hip-hop dancing, group speech and slang.

Hip hop dance is a combination of different street dance styles. They are usually performed to hip hop music. Hip Hop is influenced by a wide range of styles that were created in the 1970s and made popular by dance crews in the United States.

The dance industry responded with a commercial, studio-based version of hip-hop—sometimes called "new style"—and a hip-hop influenced style of jazz dance called "jazz-funk". Classically trained dancers developed these studio styles in order to create choreography from the hip-hop dances that were performed on the street. Because of this development, hip-hop dance is practised in both dance studios and outdoor spaces.

What are the four elements of Hip Hop?

In the beginning, the culture has four elements: MC-ing or rapping (MC=Master of ceremony) break - dancing, graffiti-making & Dj-ing. The beginning was set by Dj Kool Herc and his group in 1974. After the emergence of rap music, it was natural to have a proper dance to go with it. The break appeared in the late 60s. Back then it was just steps and was called "Good Foot", it was invented by James Brown. In the 70s Dj Afrika Bambaataa started the Zulu period . He founded the old school break group "Zulu Kings".

The end of the old school break came in the late 70's when the "Rock Steady Crew" appeared in 1979. They were the first of the new wave in break dancing. Their dances were more moving. Now, besides the footwork, other elements such as the chopper, back and head spins and many others appeared. The break itself was danced on boxes. When the breakers split into separate groups, each group began to write its name on the walls in the ghettos and subways, thus marking its territory. At first, the graffiti was simpler and represented names.

Hip Hop is not only a type of dance but a whole culture. Hip Hop lessons are not expensive and you can find many professional teachers who would be more than willing to teach you the basics. Dancing has many benefits for you and your body so you should consider investing in Hip Hop classes. You can participate in these classes no matter what age you are and whether you are a beginner or not.

Hip Hop lessons and classes near me listed with TutorExtra UK