Hindi Teachers near me 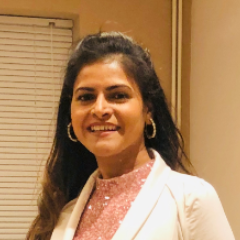 Send Message
Poonam C.
Tutor, Teacher, Instructor
£30-40
Tunbridge Wells, England
https://tutorextra.co.uk/profile/poonam/82-19643
I am a very dedicated and determined teacher who believes in spending time with pupils to help them understand the subjects they are learning. I am qualified, friendly and experienced teacher dedicated to student learning. I feel that I am able to connect with pupils through my friendly and personable nature. I love teaching and have the determination to provide the best possible education to my students. I am flexible, patient, and understanding. I am extremely keen to explore creativity within the curriculum, and am committed to high expectation and achievement whilst looking to make learning more accessible and fun. I am keen to be assigned to a position that will help me build up on my skills and grow as a professional in order to make me the best teacher that I am able to be.
£30-40
Subjects:
Basic Maths,
English,
Hindi,
Gujarati,
General Science 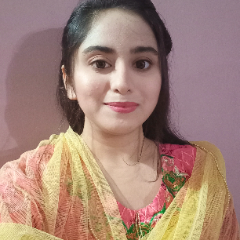 Hindi lessons and courses near me

Hindi language has been described as a standardised register of the Hindustani language, which itself is based primarily on the Caribol dialect of Delhi and neighbouring areas of North India. Hindi and English are the two official languages of the Government of India.

Hindi is an official language in nine states in India and three union territories. It is also an additional official language in three other states. Outside India, several other languages are officially recognised as "Hindi" but do not refer to the standard Hindi language described here, but instead derive from other dialects, such as Awadhi and Bhojpuri.

Some of these languages are Fiji Hindi, which is official in Fiji, and Caribbean Hindustani, which is spoken in Trinidad and Tobago, Guyana and Suriname. In addition to the script and official vocabulary, Standard Hindi is mutually intelligible with Standard Urd. Hindi is the fourth most spoken first language in the world, after Spanish Mandarin, and English. Hindi along with Urdu, as Hindustani is the third most spoken language in the world, after Mandarin and English.

What are the benefits of studying Hindi?

There are so many benefits of learning Hindi. Usually most people want to learn a language so they are able to communicate with more people around the world. So Hindi is a great way to be able to communicate with billions of people. That is because over half a billion people around the globe speak Hindi, which makes it the second most commonly spoken language on Earth.

Another interesting fact about Hindi is that it is the most widely spoken language in South Asia. Hindi is used both in modern prose and poetry, as well as pre-modern secular and devotional poetry. If you take lessons long enough you will be able to read Hindi poetry and fall in love with all its classic authors.

Another reason why you should learn Hindi is that its grammar is very easy and similar to English grammar. There are virtually no grammatical concepts that do not exist in English, and students have no difficulty in learning the same concepts in Hindi-Urdu.

Are Hindi lessons and courses expensive?

Hindi lessons and courses are a great way to learn this interesting language. They are not expensive and the language is definitely worth learning. There are many benefits of Hindi language lessons and courses and you will definitely enjoy every lesson you have! With the TutorExtra platform you can browse teachers and choose the one you like the most. The teachers in the platform are professionals with great experience in teaching Hindi. The lessons will include grammar, reading, speaking and listening. Also if you want to improve only one skill in Hindi you can ask the teacher to practise reading for example more. Many teachers offer a first lesson free, so do not hesitate to write them a message and schedule your first Hindi lesson. If you need extra materials or books you can also ask them for advice.

Hindi Teachers near me listed with TutorExtra UK