General Music Tuition Centres near me 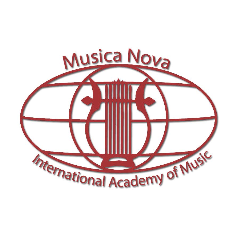 Send Message
"Musica Nova" International Academy of Music
Learning Centre, Tutoring Centre, Tuition Centre
£25
London, England
www.***
Academy "The Musica Nova is a name to be held in respect by those engaged in promoting sound artistic values within youthful musical circles. The establishment bears the hallmark of excellence. Its principal, the distinguished Russian pianist and singer Eugenia Terentieva, ensures that her students enjoy tuition of the highest quality. Musica Nova deserves to attain outstanding success in the field of scholastic advancement" Derek Leask. Music Critic, UK Musica Nova, the International Academy of Music, is a unique bilingual establishment in the UK that combines the best of British and Russian principles of teaching and offers music lessons and complex Certificate programmes for children (starting as early as 3. 5 years old) and adults (up to advanced professional level).   It has six categories of classes geared to maximise the potential of the student in musical styles and genres as diverse as classics, jazz, pop, dance, and drama. It was founded in 2001 and is based in the London Borough of Camden, within walking distance of King’s Cross St. Pancras tube station (zone 1). Thanks to the Academy, children, teenagers and adults from all ethnic backgrounds, including the Russian-speaking community in London, are being introduced to a beautiful world of music, enabling them to develop and improve their talent and to embark on professional music activity.   Musica Nova has established partnership links with artistic management agencies, record companies and cultural institutions. Since March 2011 the Musica Nova has held membership of the Incorporated Society of Musicians (ISM) one of the major umbrella organisations in the UK joining professional teachers and musicians. In 2012 the Musica Nova took part in the All-Party Parliamentary Group for Music Education held at the Palace of Westminster. Recent documentaries about the Academy have been broadcast by the BBC, major national and international Russian TV channels and the Russian Hour programme on the Digital Sky TV channel.   Teachers   All teachers are highly qualified professional musicians with a Conservatoire education, and with vast teaching experience with legal working status in the UK. All new teachers are carefully assessed and vetted in accordance with DFES regulations and employment legislation and with the Musica Nova’s own quality control procedures.   Lessons and Curriculum   Lessons take place in soundproof studios, equipped with pianos and elegantly designed to bring a sense of intimacy and discipline to the teaching. Both one-to-one and group sessions of up to eight students, are run at the Academy to fit in with students and parent’s busy lifestyles. If requested, lessons can also take place at client’s home (within the London area) and online.   The programmes are specially designed to lead and direct students from very first steps in music to Certificate (Grades 1 – 8) and Degree programmes (Performing and Teaching Diplomas) with participation in concerts, recording projects, performances at the international festivals and competitions. The ‘Music Wonderland’ is an innovative authoring programme offered to younger students. In close collaboration with child psychologists it assists in teaching music to children with dyslexia, speech and concentration problems.   In 2014 the Musica Nova introduced new educational programmes. Free concert events and workshops popularising good quality classical and contemporary music are open for children and adults in the Camden Russian communities in London.   Exams   Every year over 200 students are successfully assessed and receive Diplomas from major national examination boards. Students continue further music education in colleges and conservatoires in the UK (Royal Academy of Music, Royal Music College, Guildhall School of Music and Drama in London, Cambridge and Oxford Universities) and Russia (State Conservatoire in Saint Petersburg, Gnessin Institution in Moscow).   Performances and Competitions Students and teachers of the "Musica Nova" Academy have successfully performed in front of the members of the Royal Family, members of Parliament, politicians and celebrities.
£25
Subjects:
Singing,
Piano,
Violin,
Viola,
Acoustic Guitar 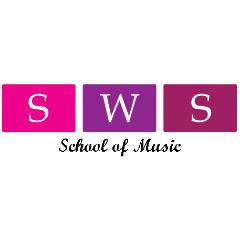 General Music lessons near me

Descriptions of general music have proved confounding and contribute to its ambiguity. It is not uncommon for “other” music courses—meaning courses other than large performance ensembles—to be clumped under the term general music.

General music has been distinguished from other types of music education through various descriptors of exclusion, function, and character, such as “non-performance,” “avocational,” and “alternative,” respectively. Some of these descriptors “other” or marginalise general music, focusing on what it does not do rather than what it does. Furthermore, they have done little to clarify the concept and can be limiting in excluding certain music learning experiences. With that said, setting general music apart from other types of music education can prove useful, both theoretically, for critical reflection and philosophical discourse, and practically, for policy, curriculum design, and instruction.

Why is it called general music?

The qualifier, “general,” has been thought to be problematic because it suggests generality over detail, depth, and specificity in the study of music. But is it as problematic as some might suggest? Referring to something as “general” has been embraced in other professions. For example, a general practitioner is a medical doctor who is not restricted by speciality and is the primary caregiver when someone seeks medical advice or routine health assessments.

The work of this doctor is no less valuable to patients than other forms of medical care. A general linguist is an expert who studies elements of language rather than focusing on a specific language. While this linguist may not examine a particular language in great depth, the value provided is in the broad study of language as a system of human communication. These generalists serve a unique and important function in their respective fields. So too do general music teachers.

“General” can also be associated with people, as in “general population” and “general public.” Historically, general music has referred to courses that are offered to all students, rather than the more closed systems of music education, which may assume a background in music performance or require an audition.

What is the definition of a general music teacher?

The general music teacher, by definition, is a brand of music educator who provides a learning environment for students to develop musical knowledge, skills, and understandings through a wide array of experiences—from performance to deep listening to composition to historical study of music. This is different from the generalist teacher (classroom teacher) who provides instruction in all subjects (sometimes including music) and does not specialise or necessarily have formal training in music.

The general music teacher is typically afforded the freedom to construct a curriculum that is not restricted to any one form of music making and learning, or specific style and genre of music. This freedom and breadth can seem overwhelming, especially for the inexperienced general music teacher, but it also offers the potential for the development of students’ diverse musical intelligences, which can lead to more specialised forms of music instruction, if so needed or sought by students. The holistic approach applied by general music teachers is no less challenging, relevant, or important than the specialised approach applied by other music teachers (e.g., performance ensemble teachers or guitar teachers).

General Music Tuition Centres near me listed with TutorExtra UK