Film Studies Tutoring Centres near me 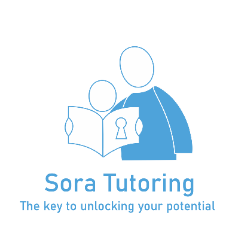 Send Message
Soratutoring
Education Centre, Tutoring Centre, Tuition Centre
£15-20
London, England
https://tutorextra.co.uk/profile/soratutoring/80-19752
And we are live! We are here to bring you interesting and dynamic lessons, to put the fun back into learning! Everyone needs a little help unlocking their potential and may soratutoring be your guiding key!  Here at Soratutoring we believe that disadvantage begins at an early age, but survives through a lakc of finance and opoprtunity. We are here to change that. We also offer ONLINE lessons starting at £12 an hour! ALL of our tutors are DBS checked which is available upon request. We offer FREE tutoring to black Britons from an Afro-Caribbean descent. To be eligible you must fit at least one of the following criteria: - From a single parent household - Be recieving free school meals - Must have attended state school (non-fee paying school) - Be aged between 8 and 18 If you have any questions please contacrt us via social media or over the phone:  Twitter: www.*** Instagram: www.*** Facebook: www.*** Email: ***@*** Phone: tel: ***
£15-20
Subjects:
Maths,
Science,
Chemistry,
English,
English Literature
Reload
See more results

Film Studies Lessons near me

Film studies is an academic discipline that teaches different historical, theoretical and critical approaches to cinema as an art form and a medium. Students will learn about the film industry, the different genres, the history of films and analyse movies in depth.

It is the ideal degree for someone who has a passion for films and wants to work in directing, editing, journalism, television etc. With the continuous growth of the film industry in the United States and Europe many students are taking an interest in a potential degree in film studies.

Why choose Film Studies as a degree?

Let’s begin by saying that although studying film studies offers many opportunities, the main reason for choosing this degree should always be a passion for film. Going into the studies with an interest in films will let you get the maximum out of it.

First of all, choosing this degree allows students to learn a lot about the history of films, how they were made before and details about the production. They are also exposed to different types of films, from different countries, genres and directors. This gives students the opportunity to broaden their view and expand their knowledge.

Last but certainly not least, film studies will allow students to meet many people with similar interests who work in the industry and form connections that could be useful in the future.

What can I do with a degree in Film Studies?

Film studies sounds like a very specific degree choice, however it gives people a broader choice than most think. After graduating from university, students can work as:

Is there a lot of writing and theory or do students mostly watch films?

As a student in film studies you will certainly watch a lot of films, however you will have to analyse them in detail and apply what you have learned into your essays. Having developed writing skills is an essential skill in order to successfully pass a Film Studies degree. However don’t worry, the course is very practical and doesn’t only consist of analysing and writing. You’ll learn how to use a camera, edit, and direct movies.

If you’re struggling with any part of the course you can always opt to seek the help of a tutor. TutorExtra offers a wide variety of qualified teachers who specialise in film studies who are ready to help you. Browse through our website and find the tutor that seems like the best fit for your needs.

Film Studies Tutoring Centres near me listed with TutorExtra UK