Politics Tutoring Centres near me 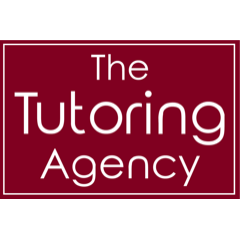 Send this message to your top 10 results.
Send my enquiry to several other similar providers
Send

Politics lessons and courses near me

Politics from Greek: Πολιτικά, politiká, 'affairs of the cities' is the set of activities that are associated with making decisions in groups, or other forms of power relations between individuals, such as the distribution of resources or status. The branch of social science that studies politics and government is referred to as political science.

It may be used positively in the context of a "political solution" which is compromising and non-violent, or descriptively as "the art or science of government", but also often carries a negative connotation. For example, abolitionist Wendell Phillips declared that "we do not play politics; anti-slavery is no half-jest with us." The concept has been defined in various ways, and different approaches have fundamentally differing views on whether it should be used extensively or limitedly, empirically or normatively, and on whether conflict or cooperation is more essential to it.

What methods are deployed in politics?

A variety of methods are deployed in politics, which include promoting one's own political views among people, negotiation with other political subjects, making laws, and exercising force, including warfare against adversaries.

Politics is exercised on a wide range of social levels, from clans and tribes of traditional societies, through modern local governments, companies and institutions up to sovereign states, to the international level. In modern nation states, people often form political parties to represent their ideas. Members of a party often agree to take the same position on many issues and agree to support the same changes to law and the same leaders. An election is usually a competition between different parties.

What is a political system?

Political system, the set of formal legal institutions that constitute a “government” or a “state.” This is the definition adopted by many studies of the legal or constitutional arrangements of advanced political orders.

More broadly defined, however, the term comprehends actual as well as prescribed forms of political behaviour, not only the legal organisation of the state but also the reality of how the state functions. Still more broadly defined, the political system is seen as a set of “processes of interaction” or as a subsystem of the social system interacting with other non-political subsystems, such as the economic system. This points to the importance of informal sociopolitical processes and emphasises the study of political development.

Traditional legal or constitutional analysis, using the first definition, has produced a huge body of literature on governmental structures, many of the specialised terms that are a part of the traditional vocabulary of political science, and several instructive classifying schemes. Similarly, empirical analysis of political processes and the effort to identify the underlying realities of governmental forms have yielded a rich store of data and an important body of comparative theory. The third definition has inspired much scholarly work that employs new kinds of data, new terms, and some new concepts and categories of analysis. The discussion that follows draws on all three approaches to the study of political systems.

Politics Tutoring Centres near me listed with TutorExtra UK