EFL Private Schools near me 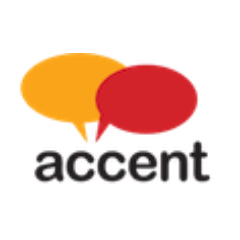 Send Message
Accent Language School
Private School, Education Centre, Tutoring Centre
-
Outside UK
www.***
Our teachers are either native speakers and/or qualified to teach the languages and are dedicated to teaching and developing each student’s knowledge and ability, with all teachers who work with younger students holding up-to-date enhanced police checks (DBS). We are also working to have all our teachers first aid trained with several already certified.
-
Subjects:
EFL,
French,
Spanish,
Italian,
German
Reload
See more results

EFL lessons and courses near me

EFL is very similar to ESOL, from the skills expected at each level to the topics covered.  Many EFL (English as a Foreign Language) courses taught in Europe are made around the CEFR Framework. However, in the UK lots of EFL lessons and courses use different level labels, starting at beginner and going up to advanced.

What do you study in EFL lessons and classes?

Teaching ESL (English as a Second Language) is different from teaching EFL. This difference influences the content and methods used to teach the English language.

In many ESL classes* Students learn General English that helps them feel comfortable in school and communicate well with their new friends. They are also taught the kind of English language and skills that will help them to be successful in their other classes, history, mathematics etc. which are all in English. This is typical of most programs in ESL situations. Students have extensive daily exposure to English-speaking culture, although their understanding may be limited by their language skills.

In many EFL (English as a Foreign Language) classes English is often taught in a traditional way; i.e. based on step-by-step learning of a number of grammatical structures in a graded order of difficulty. As the learner has to master the language in his class and has no chances to practise English outside his class, the methods and techniques chosen should allow him/her to use the language both fluently and accurately. These techniques should ensure maximum exposure to the language.

What are the benefits of EFL lessons and courses?

You will become immersed in a new culture. During your EFL (English as a Foreign Language) lessons and courses you will learn more about English culture and gain a greater understanding of England traditions. Being immersed in the language and surrounding yourself with the people of England will give you a better understanding of the language than that which your peers have. During your lessons you will be able to speak with native English speakers. This will grant you the ability to speak on a topic in English and practise your news skills in a real context.

Another great advantage to learning English is that it dramatically boosts your employment opportunities and career prospects. People who are fluent speakers of English are highly sought after by many employers, particularly of the multinational sort. When looking for work, your mastery in speaking and understanding English can give you a tremendous advantage over other candidates.

EFL Private Schools near me listed with TutorExtra UK