Polish Private Schools near me 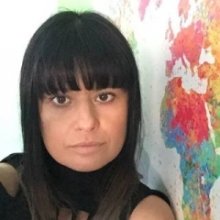 Send Message
School L.
School, Private School, Language School, Tutoring Centre, Tuition Centre
£20
Blackpool, England
www.***
Expert teachers We only hire the best, because we believe – a good teacher is the key to success. Our teachers thanks to their knowledge, qualifications, experience and passion guide, motivate and help students reach their goals. Students are always active in the lessons. Teaching Methods There are so many teaching methods. You might ask how do we chose them. It is very simple. There are three main sensory receivers: auditory, visual and kinaesthetic and they determine how we learn. We test what is your learning style and we select the best methods. Tailored lessons Our school offers tailored lessons. The programme of the lessons will be designed especially for YOU and the methods of teaching carefully chosen depending on your learning style – so the progress is quicker. We will also find the time that suits you best. You can come to school or study in the comfort of your own home. Local school - Global audience We are a local school in Blackpool however we help students all over the world using the latest technology and techniques. So even if you do not live locally we can still assist you on your learning journey. ONLINE LESSONS AVAILABLE
£20
Subjects:
Polish,
English,
Italian,
German,
French
Reload
See more results

Polish lessons near me

About the subject Polish

Polish is the official language in Poland and is a Slavic language, written in Latin script. The contemporary variant of Polish spoken today originated somewhere in the 1700’s succeeding Old Polish which was first used somewhere during the 10th century. It most closely resembles Czech, Slovak and Serbian, although it differs significantly in terms of grammar and pronunciation. This is largely due to the fact that it was heavily influenced by Latin, French, German and Italian.

Today it is the sixth most spoken language in the European Union, with over 50 million speakers around the world. About 45 of those are native and 5 know it as a second language. Because of the heavy emigration periods such as the Second World War, there are millions of Polish people living across the world.

Polish, as any other Slavic language, is inherently more difficult for English speakers to learn. This is due to many factors such as the different alphabet, the grammar and the different sounds that aren’t used in English. This however, does not mean that learning Polish is an unachievable task.

Many sounds will initially sound completely the same to you, however don’t despair. With the right amount of practice you will slowly be able to start telling the difference. Learning the Polish alphabet as quickly as possible will also help out a lot. Although it might look confusing in the beginning, the vast majority of letters have corresponding ones in English. The few letters that don’t, usually resemble sounds we have in English. Another thing that will take more time to get used to is Polish grammar. It may seem tricky in the beginning but you will start getting the hang of it the more you practice.

Polish is certainly not the easiest language you can learn, however it is certainly manageable. Learning a language is more than just finding out how a few words translate and how to pronounce them. It’s about diving into a country's history, culture, and traditions. And when it comes to that, few places are as rich and intriguing as Poland.

How do I learn Polish?

Learning a language nowadays is so much easier than it ever was before. With so much information available online, it’s entirely up to you to choose how you want to learn a new language. You can sign up for courses, watch online tutorials, read books, listen to podcasts and more!

The issue with most people isn’t their lack of choices, it’s their lack of commitment. Learning a new language, regardless of which one it is, is never going to be easy. It takes time, a lot of effort and commitment. If you’re someone who struggles to set their own schedule and stick to it, then you might want to consider working with a tutor.

Although paying for lessons with a tutor might be one of the more expensive options out there, it’s certainly worth it. Working with an expert who’s fluent will speed up the learning process tremendously and offer you plenty of useful feedback.

The price of lessons varies depending on the teacher you choose. At TutorExtra we offer a wide variety of different teachers you can choose from. By browsing through our catalogue you will be able to find out how much they charge, what experience they have and much more! Choose the one you like the most and message them straight away!

Polish Private Schools near me listed with TutorExtra UK