EFL/ESOL Education Centres near me 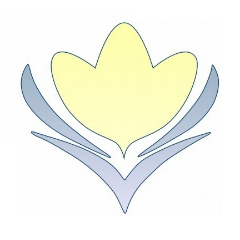 Send Message
Learning Centre O.
Learning Centre, Private School, Education Centre
£35
London, England
www.***
Do you speak English as a foreign language? Are you a professional working in London? Improve your English with us - one of our friendly and qualified English teachers will come to your company to teach you English according to your personal goals.
£35
Subjects:
EFL/ESOL

Send Message
School P.
School, College, Language School, Education Centre, Tutoring Centre, Tuition Centre
£50
Purley, England
www.***
P. was established in 1928 and is situated just 20 minutes on the train from central London. We teach English to adults and juniors. P. is a family-run school and is open all year round to adults, teenagers and children. P. can provide the documentation for genuine students who need visas to study in the UK. All our host families drop off and pick up their junior students every day.
£50
Subjects:
EFL/ESOL 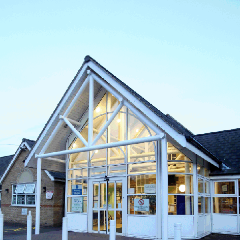 Send Message
Education Centre T.
Education Centre
-
Grays, England
www.***
Rated a 'Good' provider by Ofsted and nominated for the Adult and Community Learner Provider of the year in 2018, TACC is committed to helping adults, young people and families to improve their skills for work and for their wellbeing in a safe and welcoming community setting. Thurrock's Family Learning team are based at the Grays Adult Education Centre and offer a wide range of courses for mums, dads, grandparents and carers to boost confidence and build a child's self-esteem. Topics include Anti-bullying Advice, Speaking Your Teen's Language, Aiding Your Anxious Child, Smooth the Move to Secondary School and Positive Parents Happy Home. There are also free qualification courses for parents/carers including Literacy, Numeracy and a Positive Parents Level 1 qualification. They also offer family fun courses and workshops - only £5 per family. Opportunities from Autumn 2018 include Family Yoga, Christmas Activity Day, Chinese New Year fun, Family Wellbeing and a Singing together course. The college also offers a wide range of professional qualification and personal development courses including Childcare, Bookkeeping/Accounts, Health & Social Care, Counselling, IT or learn a new skill on our Leisure, Lifestyle and Language courses. Free English and Maths are also available (including GCSEs) and we run a large English for Speakers of Other Languages (ESOL) programme. Courses are available daytime and evening - Don't miss out! Call tel: *** to enrol or book an assessment for qualification courses today.
-
Subjects:
Counselling Psychology,
IT Consulting,
English,
EFL/ESOL 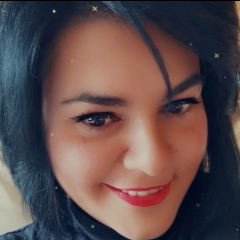 Send Message
School T.
School, Primary School, Secondary School, Private School, University, Education Centre, Tutoring Centre, Tuition Centre
£25-50
Sunderland, England
www.***
Having carefully selected the best academics from prestigious educational backgrounds and expert knowledge in all fields of education, Tutor Supply can only guarantee the best outcome in specialised academic support. We provide professional academic services, academic guidance and bespoke consultancy at all levels. Being already specialist teachers in schools or having been specialists in a variety of national schools, our academic teachers are well accustomed with all examination boards and have expert knowledge in all areas of the national www.*** ; If you are interested in tuition, please contact me through our Tutor Supply website.
£25-50
Subjects:
Home Education,
Special Education,
EFL/ESOL,
Writing,
Reading

Send Message
Learning Centre H.
Learning Centre, Education Centre, Tutoring Centre
-
Outside UK
www.***
ABOUT US We have years of teaching and tutoring experiences and we are highly qualified to teach all subjects from Preschool to High School. Our mission is to build confidence and self-esteem - core values that can help the child learn www.*** ;   TUTORING AND HOMEWORK HELP We tailor our tutoring services to fit the unique needs of your child. We aim to improve grades and boost confidence. Our approach meets the diverse needs of every child using a variety of strategies .   ONLINE TUTORING We offer online tutoring services that allows your child to easily access additional help from anywhere. We will match your child's tutoring needs with a certified teacher.
-
Subjects:
Maths,
English,
SAT,
EFL/ESOL,
GED
Reload
See more results

EFL/ESOL lessons and courses near me

What does ESOL mean?

ESOL means English for Speakers of Other Languages. ESOL is a type of English language framework. It is used in the UK and other English-speaking countries to teach English to people who already live in that country, for example refugees and migrants. You can usually still join ESOL classes if you are only visiting the UK.

ESOL courses help you to develop the language you’ll need for everyday interactions, like going to the shops or visiting the doctors.  ESOL classes are designed for different levels; from complete English language beginners to students who are preparing to study English at university or to get work in the UK.

What does EFL mean?

EFL means English as a Foreign Language. EFL is a language framework. It is used to teach English to people who do not live permanently in an English-speaking country.  This could include children learning a language at school in their country or people who visit the UK for a few weeks to study English.

EFL is very similar to ESOL, from the skills expected at each level to the topics covered.  Many EFL courses taught in Europe are made around the CEFR Framework. However, in the UK lots of EFL lessons and courses use different level labels, starting at beginner and going up to advanced.

Why do I need ESOL lessons and courses?

If you’re applying for UK Citizenship, your English will be assessed. If it’s below Entry Level 3, you’ll need to pass ESOL. Of course, ESOL is also a great way to reassure prospective employers that you have the English skills they are looking for. The course is also designed to be practical. So it’ll teach you everyday English, including punctuation and grammar, rather than things you won’t often be called up to use in the real world.

Additionally, improving your English will help you in other ways, like, talking to English speakers, helping your children with their school work, continuing your own education or gaining professional qualifications.

Why do I need EFL lessons and courses?

English is the official language of 53 countries. 400 million people around the world speak English as their first language. Not only that, but English is listed as one of the official languages in more than a quarter of the countries in the world. That’s a lot of new people you can communicate with just by improving one language! Also, many international businesses conduct meetings in English, universities teach courses in English and, around the world, tourists and travellers use English as a common language.

What’s more, English is the rest of the world’s “second language”. While Chinese Mandarin and Spanish are the mother tongues of more people overall, most people in the world choose to learn some English after their native language. In fact, one in five people on the planet speak or understand at least a little bit of English. This makes English one of the most useful languages you can learn.

EFL/ESOL Education Centres near me listed with TutorExtra UK