Classical Greek lessons and courses near me 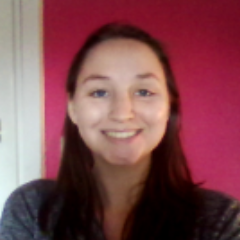 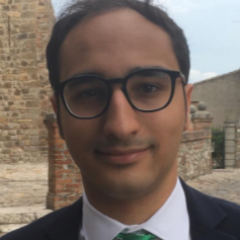 Send Message
Domenico P.
Tutor, Teacher, Instructor
£65
Cambridge, England
https://tutorextra.co.uk/profile/domenico/25-24174
I am an enthusiastic PhD researcher/student in Classics at the University of Cambridge, where I also completed a BA in Classics (grade: First Class Honours) and MPhil in Classics (grade: Distinction; Classical Members’ Essay Prize for the year’s best MPhil theses). I am originally from Italy, where I completed the Italian equivalent of A-Levels in various subjects, including Italian.   I have tutoring experience and university-level teaching experience: - Postgraduate Teaching Assistant (running reading classes on Ovid’s Ars Amatoria, Sallust’s Catiline, Homer’s Iliad), Faculty of Classics, University of Cambridge (2021-). - Supervisor (leading small-group teaching sessions on Greek and Latin translation, Greek epic, Aristophanes’ Frogs, Euripides’ Bacchae, the Greek Novel, and female characters, voices, and authors in Greek literature, from Alcman to Julia Balbilla), Clare College, Murray Edwards College, St Catherine’s College, Emmanuel College, St John’s College, University of Cambridge (2021-). - Invited Lecturer for third-year undergraduate students (‘Homeric Reception: Greek Literature’s Odysseuses’), University of Cambridge (08/05/2021).   I am an extremely patient, empathetic teacher and I tailor my lessons to each individual student. My mission is to get all students to the level required for performing as well as possible in their exams and concretely improve their knowledge of Ancient Greek, Latin, Italian and every topic related to 'Classical Civilisation'.
£65
Subjects:
Latin,
Ancient Greek,
Classical Civilisation,
Italian,
Classical Greek

Send Message
Phillip C.
Tutor, Teacher
£25
Warrington, England
https://tutorextra.co.uk/profile/phillip/52-20411
I am currently Head of Classics at a leading independent school in Cheshire. My speciality subjects are Latin and Greek languages and literature. I have 15 years of experience in teaching to pupils from KS3 to Oxbridge level in schools and I have also taught adults outside of school. In addition to teaching and improving students from the ages of 11 to 18, I can teach older students who need to learn/improve their Latin and/or Greek for university courses, as well as those who wish to learn for their own personal interest with no intention of taking a formal assessment. I prefer to tutor online and I can provide electronic copies of all the materials. All notes made by myself during tutor sessions are emailed to the student immediately after the lesson for consolidation. I like to make my lessons enjoyable and engaging while guaranteeing clear explanations and, above all, marked improvement and success. I look forward to meeting www.*** ;
£25
Subjects:
Latin,
Classical Greek 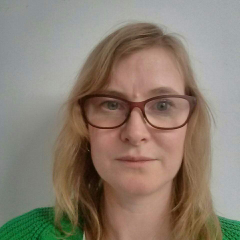 Send Message
Lucy C.
Tutor, Teacher
£38
Stamford, England
https://tutorextra.co.uk/profile/lucy/28-17943
With seven years' experience of teaching and tutoring Classics in a variety of contexts, I am a kind and knowledgeable tutor, who sets high standards of her tutees. I tailor my tuition to each individual person's needs and interests, making learning interesting, challenging and fun.
£38
Subjects:
Latin,
Classical Greek,
Classical Civilisation,
Classics 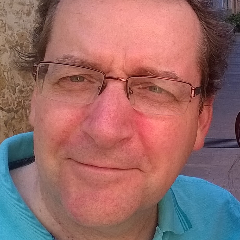 Send Message
Jamie M.
Tutor
£30
Glasgow, Scotland
https://tutorextra.co.uk/profile/jamie/54-17644
I am an Honours graduate in Applied Physics from the University of Strathclyde. I taught Mathematics to children from ages 12 to 18 for 26 years, and have successfully prepared many classes for public examinations at National 5, Higher, Advanced Higher (Mathematics and Mechanics) and A-Level. I also have considerable experience in the one-to-one tuition of students, both in school and privately. I try to keep my part of the lesson to a minimum, so that the student can get as much practice as possible. I can tailor lessons to cover a particular need, and can provide plenty of examples to work www.*** ;Piano and classical languages are two other areas of interest, especially the works of Schubert, and the writings of the Latin poets.
£30
Subjects:
Mathematics,
Latin,
Classical Greek,
Applied Mathematics,
Basic Maths
Reload
See more results

Classical Greek Lessons Near me

About the Classical Greek Language

Classical Greek has been important in the intellectual life of western civilisation, but not to the extent of Latin except for ecclesiastical matters. In years past, Latin was introduced in the first year of secondary school, followed by Greek in the third year. The prominence of Greek for intellectual matters is evident in designations of subjects central to university study, such as philosophy 'love of wisdom', philology 'love of words or more generally study', theology 'study related to God', psychology 'study related to the soul or psyche', and so on.

Is the Classical Greek language hard to learn?

A difficulty with Classical Greek that may put off learners is the maintenance of an older form of the alphabet than that used for Latin, English, and many other languages. Moreover, accentuation varies in Greek words, and in early Greek was musical.

Furthermore, the sentence structure and number of forms require a great deal of attention. The words of sentences are placed for their emphasis, rather than in accordance with a pattern like that of the English Subject-Verb-Object order; knowledge of the inflections is therefore highly important. Interpretation is also assisted by the use of articles which, like nouns, adjectives, pronouns and verbs, are inflected. It is essential, then, to learn the basic inflections of these parts of speech.

Classical Greek may be challenging to learn but with the help of a professional teacher you can master it and even have fun during your lessons.

What is the difference between Greek and Classical Greek language?

Modern Greek is also known as Romaic or Neo-Hellenic. It was after the decline of the Byzantine Empire in 1453 that Modern Greek got popularised. Though it is said so, the traces of modern features in the language could be seen even from the third century. Modern Greek is basically based on Demotic.

The Classical Greek had a rich vowel system. On the other hand, Modern Greek has only a simple system consisting of five vowels.

In classical Greek, there was a clear length distinction in vowels and consonants. On the other hand, Modern Greek has not conserved this. Ancient Greek had voiced and aspirated voiceless plosives where as the Ancient Greek just has only two sequence ofÂ fricatives

Both languages are Greek but they slightly differ from each other. If you want to learn Classical Greek you can browse the TutorExtra platform and find the right teacher for you.

Classical Greek lessons and courses near me listed with TutorExtra UK