Turkish Tutors near me 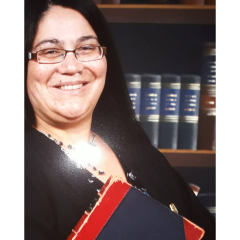 Send Message
Yasemin R.
Tutor
£20
Newark, England
www.***
English (ESOL)- I have Cambridge CELTA qualification and also I'm a student of TESOL and Linguistics at Bishop's Grosseteste University in Lincoln. Turkish (as a second language)- I completed a PTLLS (Preparing to teach in the Life Long Learning Sector) course to be able to teach Turkish.
£20
Subjects:
English,
Turkish,
EFL/ESOL 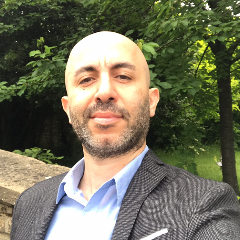 Send Message
Yılmaz A.
Tutor, Teacher
£45-50
Wembley, England
https://tutorextra.co.uk/profile/y%C4%B1lmaz/72-16224
I have 18 years experience in education as a tutor and teacher. I teach all levels of Maths and Turkish language.
£45-50
Subjects:
Mathematics,
Turkish 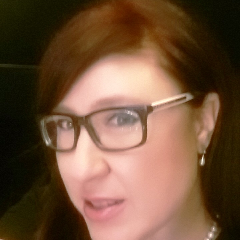 Send Message
Boika N.
Tutor, Teacher, Instructor
-
Outside UK
www.***
www.*** Бойка_Николас www.*** Boika Nikolás is a graduate in Spanish Philology and has a Master’s degree in Literary Criticism and Spanish-American Literature. The author is bilingual, completely  fluent  in Spanish and Bulgarian, she also speaks Italian, Russian and English. Since she was little she has started writing poetry and prose, winning numerous literary contests for adolescents. At the age of 13 she published her first stories and poems in specialized publications. The author lived and worked as a journalist, university lecturer and Director of the Spanish Department at the Nicaragua People's University in Managua. She is also author of the textbook “The Spanish norm and the Nicaraguan speech”. Boika Nikolás is a Chair of a Non-Governmental Organization based in Madrid and Sofia, which is dedicated to humanitarian causes, social integration and sensitization, as well as international cooperation. She also worked as an intercultural mediator and Spanish teacher at the Municipality of Madrid. Her book "Method 7", published in Spanish, English and Bulgarian, is currently a bestseller and the author is a frequent guest on television and radio shows. Her novel  “A Curse or God Has Other Plans for You”, also published in Spanish, English and Bulgarian, has been a great success.  Currently, Boika Nikolás also runs the "Spanish Academy", which through her representatives distributes Spanish language and culture around the world. The author enjoys writing, teaching, traveling, experimenting and continuously learning new things.
-
Subjects:
Spanish,
Bulgarian,
Italian,
Literary Analysis,
Turkish
Reload
See more results

Turkish lessons near me

About the Turkish language

Turkish is the most widely spoken Turkic language in the world with over 70 million speakers. It is the national language of Turkey and it’s also spoken by smaller groups in countries like Germany, Austria, Greece, Cyprus, Bulgaria, Iraq and other parts of Europe and Asia.

Modern day Turkish is the descendant of Ottoman Turkish and its predecessor - Old Anatolian Turkish. Throughout the years, old Turkish absorbed many Arabic and Persian words and was even written in Arabic. In 1928, however, the Arabic script was replaced by the Latin alphabet. Essentially, with this change a new literary language emerged, making the old one obsolete.

Why should I learn Turkish?

You might be wondering why someone would pick Turkish over some of the more widely spoken languages, but in reality there are plenty of reasons. About 75 million people speak Turkish as their native tongue and around 15 million speak it as a second language. This makes it one of the top 15 most spoken languages across the world.

One of the main reasons as to why people have an interest in learning Turkish is the geographical position of Turkey. The country is strategically connected to Eastern Europe, Central Asia and the Middle East. This means that anyone who has an interest in the politics or business relations of those regions will heavily benefit from speaking the language. Business opportunities in those regions will only keep growing as Turkey continues to quickly develop as a global economic power. Also, with Turkey applying to become a member of the European Union, their economy and importance will only grow.

Furthermore, learning Turkish will open many doors for you. The Turkic language family consists of over 30 languages spoken in Central Asia and some places in Eastern Europe.

Learning Turkish will make it much easier to understand all of those languages and allow you to potentially learn them in the future. Last but certainly not least, Turkey has a rich history mixed with a very different culture compared to most Western European countries. Learning the language will allow you to fully submerge yourself in the local culture and discover a whole new world if you decide to visit Turkey.

Is Turkish difficult to learn?

Many people believe that Turkish is a difficult language to learn because it comes from a different family of languages and it has nothing to do with English. This however, is not entirely true! Although there are other Western European languages that you can likely learn faster, learning Turkish is certainly not an impossible task!

First of all, the Turkish language uses the latin alphabet! Although there are 29 letters, instead of 26 like in English, you’ll easily get used to it. Second, the language is almost completely phonetic! This means that unlike in many other languages, each letter makes only one sound, so you won’t have to remember multiple exceptions and different scenarios.

As with any language, mastering Turkish won’t be an easy or quick journey, however with the right mindset and preparation you’ll improve faster than you think!

How do I learn Turkish?

Nowadays, with the amount of resources available online it’s never been easier to pick up a new language. You can buy books, download learning apps on your phone or watch YouTube tutorials.

If you’re looking to improve quickly, however, we’d recommend finding an online tutor. TutorExtra is a platform that offers online courses in over 1000 subjects. Browse through our qualified tutors, choose the one that suits your needs the best and start learning today!

Turkish Tutors near me listed with TutorExtra UK