Public Speaking Speciality Schools near me

Send Message
Learning Centre M.
Learning Centre, Private School, College, University, Academy, Speciality School, Education Centre, Tuition Centre
£175
Colchester, England
www.***
Voted as an Inspirational women of the year by a national UK Magazine, Mandie has been in the media for many years speaking about issues that impact on success. As one of the UK’s youngest Bodyshop Managers in the automotive industry, Mandie has over 25 years business experience & knowledge. Mandie is a well respected coach, author & speaker enabling anyone looking to succeed, an interactive session that will really make her audiences think. Her Business was one of The Guardians Top 100 Small Businesses of 2017. A personal belief that you can achieve anything you truly want to enables Mandie despite 3 autoimmune diseases to run 2 successful businesses that concentrate on increasing sales, confidence & success. Her latest book has been WH Smith’s book of the month and has received endorsements from international speakers, TV presenters, celebrities & authors. Fight the Fear has enabled many to overcome life-long fears and increase confidence. Described as a game changer, Mandie can make lasting change happen fast, in a thought-provoking way. Fight the fear is now available in 5 languages around the world. Mandie's clients include NHS Clinical Entrepreneur Programme, MedBic, Virgin Care, Business East, BEST Business Hub & WH Smiths www.***  Subjects covered include; Presentation Skills, Change Management, Focus, Accountability, Leadership, Networking, Elevator Pitches, Reputation, Communication, Time Management, Confidence, Motivation, Empowerment, Self Belief, Fear of the Phone, Fear of Saying No, Achieving Your Goals, Success, Business Growth,
£175
Subjects:
Life Coaching,
Motivational Coaching,
Public Speaking,
Marketing 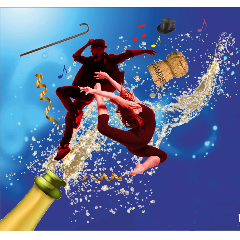 Send Message
Speciality School T.
Speciality School
-
Hastings, England
www.***
Over 50 years as a highly successful school training boys and girls, men and women in all aspects of singing, dancing and acting.  Whether you are looking for a fun activity, or a career in stage, television or film, we provide stimulating classes to help you reach your goals.  Study with the very best qualified teachers who have extensive professional performing experience in the West End, TV, film and theatre all around the globe, in a positive, supportive, fun atmosphere that helps each pupil achieve their very best potential.  Professional-quality performing opportunities and exams with the best London Academies are optional; do as much or as little as you like, depending upon your interests.  Ballet, Tap, Jazz, Modern & Street Dance, Singing, Drama, Comedy, Speech, Musical Theatre, Shakespeare, etc.  Ages 2 years to adult, from complete beginners to advanced students.
-
Subjects:
Dance,
Singing,
Drama,
Musical Theatre,
Ballet
Reload
See more results

Public Speaking Lessons near me

Public speaking is normally described as any form of speaking (formal or informal) to an audience. Speeches can cover a very wide variety of topics. The goal of public speaking is usually to educate, influence or entertain the listeners. Often visual aids in the form of presentations are used to supplement the speech and make it more engaging for viewers, however this is not a necessity.

Public speaking has more than likely been around since the beginning of mankind, however the roots of modern public speaking are traced back to ancient Rome and Greece. Back then it’s main goal was to persuade others. In ancient Greece all citizens were allowed to propose and oppose laws, which resulted in the need for skilled public speakers. For this reason, speaking in public became a desired skill and started to be taught.

Why is public speaking important?

Nowadays public speaking is becoming more and more valuable as a skill. Chances are, most people you ask will tell you they don’t like it. They either get stage fright, nervous or too intimidated by the crowd. This in return often leads to stuttering, forgetting what they’re talking about and in general unconvincing speeches. Because of this, the ability to comfortably speak in front of an audience has become very valuable.

Public speaking has become something that everyone has to go through. From a young age students have to present in front of their classmates and this continues into university and for most people in their respective jobs.

Whether you’re a student or a business owner, improving your public speaking skills will benefit you. Some of these benefits include improved confidence, better deductive and research skills and the ability to better express and defend your opinion.

How to become better at public speaking?

The truth is even if you don’t like public speaking or you believe you’re not good at it, at the end of the day it is a skill. And just like every skill, you can get better at it. Although some might have more natural speaking skills, anyone can become better with practice. There are certain things you can do in order to improve.

First of all, if you’re preparing to give a public speech you might want to try and write it down before that. By taking your time and writing it down, you’ll be able to organise your thoughts more clearly and remember it more easily.

Next up, overcoming the fear of speaking. Standing up in front of a crowd can be nerve wrecking for many and if you let it get to you, this can influence the quality of your speech. Start by practicing in front of family members or small groups of friends you trust.

Last but not least, practice. Just like every other skill, the more you do it, the better you’ll get. Don’t worry about making mistakes, everyone does it and you’ll only learn from them!

Can I take lessons in public speaking?

If you’re not confident and you feel like you could use some help, tutoring might be the solution for you. TutorExtra offers qualified tutors who are ready to help you. Prices vary between £15 - £50 an hour depending on the teacher.

Public Speaking Speciality Schools near me listed with TutorExtra UK