Painting Learning Centres near me 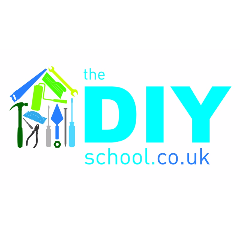 Send Message
The DIY School
Learning Centre, Speciality School, Education Centre
-
Stockport, England
www.***
The DIY School courses enable men and women with little or no experience in construction and DIY to learn a comprehensive range of construction skills that are useful, current and in demand, at work or on a home project. If you're already a tradesperson, you can add new skills without the need to take a long time away from work — something which makes sense when you can't afford to lose business taking time off!   We’ve now trained over 12,000 students during the past 12 years, so you can be sure to get the best tuition, use the best materials and have the best experience possible, whilst having lots of fun. Who said  learning was boring! All our courses either run in the week or over two consecutive weekends, so it won't take you long to learn a new www.*** you can’t wait to do our courses & live more than 100 miles from our training centres, then get in touch as we will give you a £50 discount towards your accommodation costs (terms & conditions apply).
-
Subjects:
Woodworking,
Painting,
Plastering,
Tiling,
Bricklaying
Reload
See more results

Painting is the expression of ideas and emotions, with the creation of certain aesthetic qualities, in a two-dimensional visual language. The elements of this language—its shapes, lines, colours, tones, and textures—are used in various ways to produce sensations of volume, space, movement, and light on a flat surface. These elements are combined into expressive patterns in order to represent real or supernatural phenomena, to interpret a narrative theme, or to create wholly abstract visual relationships.

An artist’s decision to use a particular medium, such as tempera, fresco, oil, acrylic, watercolour as well as the choice of a particular form, such as mural, panel, miniature, manuscript illumination, screen or fan, or any of a variety of modern forms, is based on the sensuous qualities and the expressive possibilities and limitations of those options. The choices of the medium and the form, as well as the artist’s own technique, combine to realise a unique visual image.

Who are the most famous painters of all time?

Leonardo da Vinci was an architect, inventor, engineer, philosopher, physicist, chemist, anatomist, sculptor, writer, painter and composer from the Florentine Republic, during the Renaissance. He is seen as the textbook example of the Renaissance ideal of the 'homo universalis' and as a genius.

Only seventeen of his paintings and none of his images have survived. The majority of his drawings are kept in the Royal Collection at Windsor Castle in England. They are the property of Queen Elizabeth. The remaining paintings by Leonardo are not signed. Relevant:  The life of Leonardo da Vinci!

Vincent Willem van Gogh was a Dutch painter. His work falls under post-impressionism, an art movement that succeeded nineteenth-century impressionism. Van Gogh's influence on expressionism, fauvism and early abstraction was enormous and can be seen in many other aspects of twentieth-century art.

Van Gogh is nowadays regarded as one of the great painters of the 19th century. However, this recognition came late. During his lifetime, there was probably only one painting sold: "The red vineyard."

Rembrandt Harmenszoon van Rijn was a Dutch painter. He is considered to be one of the most important Dutch masters of the 17th century. Rembrandt produced a total of around three hundred paintings, three hundred etchings and two thousand drawings, with De Nachtwacht (The Night Watch) from 1642 as the best known work.

His work belongs to the Baroque and he is visibly influenced by Caravaggism, although he has never been to Italy. His remarkable control of the play with light and dark, in which he often drew sharp contrasts (clair-obscur) in order to lead the viewer into the performance, led to lively scenes full of drama.

What are the benefits of Painting?

Painting fosters creative growth. Many people put themselves in either the right-brain or left-brain boxes when they’re younger, and then decide that is who they are for the rest of their lives. Painting comes easiest to artistic, right-brain people. But this doesn’t necessarily mean left-brainers won’t benefit from painting.

Taking up a hobby like painting isn’t just for the creative types. The more analytical left-brainers can stimulate and nurture their creative growth by painting as well. Practice and focus, two skills inherent in left-brain individuals, allow these people to learn creative skills at their own pace.

Painting Strengthens Memory. Painting boosts memory recollection skills and works to sharpen the mind through conceptual visualisation and implementation. People who frequently use creative outlets such as writing, painting, and drawing have less chance of developing memory loss illnesses as they age.

Painting also allows individuals a chance to express their feelings and emotions without words. It can be tough opening up sometimes, so painting is a great way to release inner thoughts. Individuals that paint use art to overcome shyness and convey their personality. Using artwork to tell a story lets someone who is shy let go of normal social reservations.

Painting Learning Centres near me listed with TutorExtra UK