Modern Dance Schools near me

Send Message
School R.
School, Learning Centre, Preschool
£6
Rickmansworth, England
www.***
Build healthy habits for life at RISE Studios. Dance is a great way to keep fit and healthy, and Musical Theatre and Drama build confidence and strong communication skills. Inspiring and dedicated Dance and Performing Arts Schools in Watford and Rickmansworth, Hertfordshire, offering classes in ballet, modern, tap, street dance, hip-hop, drama, singing, LAMDA and Performing Arts. Our teachers are professional or ex-professional dancers and actors who have worked in the business for years. Classes take place at St John’s Church, Berry Lane, and Rickmansworth School, Scots Hill in Rickmansworth, and West Herts Squash and Fitness Centre in Watford. We pride ourselves on being a friendly and welcoming dance and performing arts school suitable for all levels. Whether you are training for a career in the Performing Arts or just come for a bit of fun and fitness, we cater for all. It’s never too late to join a dance class, and the health benefits are endless for both body and mind. Give us a call if you would like to come along and try us out.
£6
Subjects:
Dance,
Ballet,
Classical Ballet,
Contemporary Dance,
Tap Dance

Send Message
School P.
School, Learning Centre
£5
Woodford Green, England
www.***
P. has been providing quality ballet, modern and tap dance classes, to boys and girls, in Woodford Green for over 20 years. We teach children from as young as 2 years old up to our adult's ballet lessons too. Classes are taught by Principal Mrs Catherine Bellardi, (a fully qualified and registered teacher of the Royal Academy of Dance and The Imperial Society of Teacher's of Dance) and also by Teacher Miss Naomi Williams (a fully qualified teacher of the Royal Academy of Dance). We have a unique class for 2-3 year olds which introduces them to dance in such a fun way. This is our Imagi-Move class where every week we go on an awesome adventure! We have great ballet, modern and tap classes for ages 4 and up. We do examinations and performances. We have a lovely adult ballet class which has a relaxed atmostphere but hard working. The class are very friendly and all share an immense love of ballet. It is the best way to end your week by doing our lesson each week.
£5
Subjects:
Classical Ballet,
Tap Dance,
Modern Dance 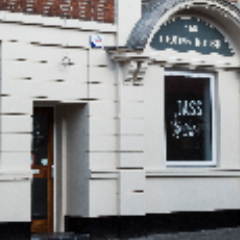 Send Message
School S.
School
-
Northwich, England
www.***
Hello, we are Debbie and Freya Sutton of S.!  We are a family run Stage School situated in our very own Dance Studios in Northwich, Cheshire. We have been established for more than 25 years, but in March 2018 we moved into our very own Dance Studios. We have 2 large Dance Studios, with professional semi sprung floors, Ballet barres and Mirrors. We have 2 waiting lounges, and an inhouse Dance Shop. We offer; Baby Ballet, Ballet, Modern Jazz, Tap, Street, Drama, Musical Theatre, Acro, Performance Team, Pilates and Yoga. Friends that Dance together stay together, so we also offer; Halloween and Christmas Parties, Theatre Trips, Easter Schools, Summer School, Presentastion Showcase Afternoon, Shows, Perfromance Opportunities and more! We also hold professional external NATD Dance Exams three times a year - just because Dance is a hobby doesn't mean you can't excel!   We also offer 'West End Workshops Northwich!' Due to Freya's Professional training in Musical Theatre at the 'Italia Conti Academy of Theatre Arts London' and then a successful career as a Performer, most notably starring as the lead role of 'Tracy Turnblad' in the Uk Tour of 'Hairspray the Musical' not once but twice. Here at S. we invite professional West End Stars to our Studio to teach the real Dance Routines from the real West End Shows, sharing their talents and experiences with the children of Northwich. Please get in touch to see if we are the Stage School for you! D + F xx
-
Subjects:
Dance,
Drama,
Musical Theatre,
Street Dance,
Singing

Send Message
School S.
School, Speciality School
-
Beckenham, England
www.***
At Studio 74 we specialise in a variety of DANCE disciplines and our teachers share a great love for performing arts. Our team of teachers are passionate about dance and theatre and are looking forward to sharing their skills and expertise with all of our students in a happy and safe environment. At Studio 74 we offer a diverse dance programme including hip hop, break dance, freestyle, ballet, modern, tap, jazz, cheerleading, salsa, Latin, ballroom, Gymnastics, fun and funky adult dance/aerobics classes, Zumba, Street Dance and Musical Theatre for all ages. We also offer pilates, yoga, baby massage, Glee club, Pre-school music classes, Taekwondo and much more! We have 3 beautiful air-conditioned studios fitted with professional sound systems however, one of our most exciting rooms is our new recording studio – ideal for children' pop parties, hen parties and special occasions. Let your children have the chance to be a popstar for the day or form a band with their friends and take home a DVD or CD of their special performance! Here at Studio 74 we also offer a photography studio where our experienced photographer works his magic to create beautiful pictures of you and your family. For those of you who just want to relax whilst the children are occupied come and chill out in Bar 74 our fun and funky coffee and milkshake bar complete with plasma screen and Wi Fi. Our dedicated team aim to give you a personal service from the minute you walk through our doors. All our teachers are insured and CRB checked. They are professional, passionate and have a wealth of experience in their chosen field. Why not pop in and visit us to see what we offer!
-
Subjects:
Drama,
Musical Theatre,
Modern Dance,
Hip Hop,
Breakdancing

Send Message
School K.
School, Learning Centre, Speciality School
-
Droitwich, England
www.***
The school was established in 2004 and offers a variety of enjoyable and stimulating classes for girls and boys from the age of 3 ½ years to adult.   Children from the age of 5 can take exams in Ballet, Tap, Modern (and Jazz from the age of 9), the school follows the Royal Academy of Dance (RAD) and Imperial Society of Teachers of Dancing (ISTD). Pupils taking exams, continue to achieve great results with 100% pass rate. Exams are not compulsory and a huge importance is placed on the enjoyment and performance of dance.   Pupils of all ages have the opportunity to perform in the school’s summer bi-annual dance show, held at the Norbury Theatre in Droitwich Spa and are a big hit!   All staff working at K. are enthusiastic, supportive and have enhanced Criminal Records Bureau checks, all pupils and staff are covered by the school’s full liability insurance.   Everything you need can be found on this website however, if there is anything else that you require please get in touch.
-
Subjects:
Ballet,
Tap Dance,
Modern Dance
Reload
See more results

Modern Dance Lessons near me

Modern dance is a broad genre of western dance that originated in Europe and the United States in the late 19th and early 20th centuries. It started as a rebellion against classical ballet and its structured steps, movements and traditional techniques. Modern dance is a very expressive style of dance that focuses on expression instead of following a specific set of positions and postures that most other dancers are trained in. Movements in modern dance are considered freeform and are often inspired by various different styles combined.

Modern dance also rejects the traditional and set costumes most other styles like ballet have. Instead, dancers are often barefoot and wear costumes that reveal their bodies.

What classifies a dance as modern dance?

There are a few recognisable traits that modern dance usually consists of which you can use to tell it apart. One of the main characteristics of modern dance is how improvised it is. It is often described as freeform, quickly changing from long, slow movements to quick and jerky ones. There are no set movements, many dancers create moves specifically for one routine or they often just improvise on the spot.

Furthermore, modern dance is emotional. The goal of this genre is to let dancers freely express what they’re feeling on the dance floor, as raw as it may be. Another big difference it has compared to classical ballet is the use of gravity. While ballet dancers aim to be as light on their feet as possible, modern dancers often use their body weight to enhance their movements. They often propel themselves across the dance floor, sometimes by tumbling, rolling and jumping.

What are the differences between modern dance and contemporary dance?

Although it’s a common misconception that they’re the same thing or at least very similar, in reality there are very obvious differences between the two.

As mentioned previously, modern dance was created to battle against the restrictions of classical ballet. It focuses on free interpretation and improvised moves that are derived from the dancer's emotions.

Last but not least, contemporary dancers add very light and fluid movements into their routines, while modern dance as already discussed uses gravity more with it’s rolls and jumps.

Where can I take modern dance lessons?

Nowadays there are plenty of studios you can visit that offer group classes in modern dance. A quick online search will present you with various options located near you. If you’re not sure where to look, TutorExtra has got you covered. We offer a wide variety of teachers and studios where you can learn modern dance. Browse through our options and choose the one that you like the most! Prices vary from studio to studio so make sure to ask when you get in contact!

Modern Dance Schools near me listed with TutorExtra UK