Microsoft Word Tutoring Centres near me

Send Message
Learning Centre T.
Learning Centre, Tutoring Centre, Tuition Centre
£180
Leeds, England
www.***
T. is a Leeds based family run training provider offering training in Microsoft Office/Office 365, Adobe CC Suite, and Sage Accounting together with a comprehensive range of Management and Business Skills courses. We have provided professional business skills and IT training solutions to individual clients and corporate/SME’s throughout the UK since the company was founded in 1999. Microsoft Office Courses We schedule monthly public (open) courses in all current versions of Microsoft Office including 2010, 2013, 2016, and Office 365 . Bespoke courses can also be designed for individual companies, with the content tailored to meet the specific requirements of the delegates. Bespoke courses can be delivered either in our Leeds training centre or on client’s business premises as preferred. Other Microsoft disciplines can also be delivered, such as Project and Publisher, along with other non-Microsoft courses, including, but not limited to, Adobe and Sage, please enquire for further details. Training Location We are based in the Leeds Media Centre on Savile Mount, just off Chapeltown Road. We are located at the city centre end of Chapeltown Road, Leeds, West Yorkshire. This gives easy, convenient access from the city centre by either public transport, taxi, or a brisk 20 minute walk if weather permits. Business Skills and Management Courses In addition to the extensive portfolio of software courses, T. can provide a broad spectrum of courses in Management and Business skills. All our management courses are customised to meet the specific requirements of the delegates. This is achieved through a detailed process of Training Needs Analysis to identify training objectives. This process ensures an effective and efficient approach to staff development within the context of specific working practices. Floor Walking To complement the more formal classroom based learning, we also send our trainers out to client’s premises to provide a floor walking service. This is a great asset to not only support a more formal learning plan, but also to provide much needed support when taking an upgrade path to a newer version of any software package. Floor walking is charged on an agreed daily rate with expenses to be paid in regards to travel and overnight accommodation, if needed.  Your Training Provider If you’re looking to partner with a Leeds based company to enable a plan of continuous improvement within your organisation, find a reliable Leeds based training provider, or require courses delivered on your premises across Yorkshire (or anywhere else in the UK) then please contact us. or alternatively telephone the office on tel: *** . Additional Services  We also offer classroom hire by the day if as an external organisation you need a short term, fully equipped classroom environment in order to deliver screen based exams, screen based training or presentation.
£180
Subjects:
Microsoft Excel,
Microsoft Word,
Microsoft Powerpoint,
Microsoft Publisher,
Microsoft Sharepoint 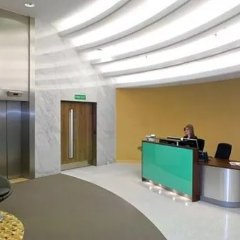 Send Message
Learning Centre C.
Learning Centre, Education Centre, Tutoring Centre, Tuition Centre
£28-44
Harrow, England
www.***
C. offers people of all walks of life the opportunity to learn invaluable skills, without the heavy price tag or unnecessary hurdles. We've focused specifically on providing training courses that are genuinely beneficial for you and your loved ones and which will help you grow, inspire and attain a better www.*** Our organisation was a long time in the making. We wanted to find the very best teachers who not only have the professional qualifications, skills and experience to lead a class, but to also possess that essential 'magic' that makes our students' time more enjoyable, easy-to-understand, and to ignite a passion for learning. The training courses we decided to run are focused on bringing real benefit to our students' lives. That's why we carried out so much research into finding training courses that everyone can enjoy, and use in everyday life. Our four pillars of strength As part of our mission to help people, we wanted to develop a simple mantra - a kind of positioning statement for our team to remember and be driven by. 1. RESPECT - to always treat people with the utmost www.*** never judging, assuming or finding reason to not give our students 100%. 2. TRUST - to always deliver on our promises, to never let anyone down or hinder their progress. 3. ACCOUNTABILITY - If we get something wrong, to 'own it', learn from it, correct it, and do better next time around. 4. PASSION - to make things fun, engaging, useful and to do everything in our power to see that our students reach their full potential, and achieve better, quicker results. We believe that every student who chooses us is an individual in their own right. That's why we are more than happy to discuss your ambitions with you before booking your training with us.
£28-44
Subjects:
Mathematics,
Biology,
Chemistry,
Physics,
Microsoft Office
Reload
See more results

What is Microsoft Word?

Microsoft Word, word-processor software launched in 1983 by the Microsoft Corporation. Software developers Richard Brodie and Charles Simonyi joined the Microsoft team in 1981, and in 1983 they released Multi-Tool Word for computers that ran a version of the UNIX operating system (OS).

Later that year, the program was rewritten to run on personal computers (PCs), such as the IBM PC, under Microsoft’s version of DOS (disk operating system), or MS-DOS, and was renamed Microsoft Word. The product was in direct competition with WordPerfect and WordStar, both of which were introduced for PCs in 1982.

Like WordStar, Word was WYSIWYG (what you see is what you get), meaning that formatting tags were hidden and whatever a document looked like on a user’s computer screen was how it would look when printed—or at least semi-WYSIWYG, as screen fonts were not of the same quality as printer fonts. Microsoft’s program was the first to make extensive use of the computer mouse, to display styles on-screen (italic, bold, and underlined text), and to feature style sheets and multiple windows (i.e., separate work spaces for editing multiple documents).

Version 2.0, released in 1985, included spell-check and word-count options; subsequent versions included significant upgrades and improvements. In 1989 Microsoft released the first version of Word for the Windows OS, two years ahead of WordPerfect for Windows.

What is Word for Windows?

Word for Windows is available stand-alone or as part of the Microsoft Office suite. Word contains rudimentary desktop publishing capabilities and is the most widely used word processing program on the market.

Word files are commonly used as the format for sending text documents via email because almost every user with a computer can read a Word document by using the Word application, a Word viewer or a word processor that imports the Word format (see Microsoft Word Viewer).

Word 6 for Windows NT was the first 32-bit version of the product, released with Microsoft Office for Windows NT around the same time as Windows 95. It was a straightforward port of Word 6.0. Starting with Word 95, releases of Word were named after the year of its release, instead of its version number.

Word 2010 allows more customisation of the Ribbon, adds a Backstage view for file management, has improved document navigation, allows creation and embedding of screenshots, and integrates with Word Web App.

What is Word for Mac?

The Mac was introduced January 24, 1984, and Microsoft introduced Word 1.0 for Mac a year later, on January 18, 1985. The DOS, Mac, and Windows versions are quite different from each other. Only the Mac version was WYSIWYG and used a graphical user interface, far ahead of the other platforms.

Each platform restarted its version numbering at "1.0". There was no version 2 on the Mac, but version 3 came out on January 31, 1987, as described above. Word 4.0 came out on November 6, 1990, and added automatic linking with Excel, the ability to flow text around graphics and a WYSIWYG page view editing mode. Word 5.1 for Mac, released in 1992 ran on the original 68000 CPU and was the last to be specifically designed as a Macintosh application. The later Word 6 was a Windows port and poorly received. Word 5.1 continued to run well until the last Classic MacOS. Many people continue to run Word 5.1 to this day under an emulated Mac classic system for some of its excellent features like document generation and renumbering or to access their old files.

Microsoft Word Tutoring Centres near me listed with TutorExtra UK