German Secondary Schools near me

Send Message
Tutoring Company Science Clinic Private Tutoring Ltd
School, Learning Centre, Preschool, Primary School, Secondary School, Private School, College, Academy, Language School, Speciality School, Faith School, Free School, Boarding School, Education Centre, Tutoring Centre, Tuition Centre
£35
Chelmsford, England
https://scienceclinic.co.uk
Science Clinic Private Tutors was founded in 2010. Our vision was to help struggling children understand the concepts of the major subjects which are sought after by many colleges & universities. Our tutoring was mainly in the main subjects (Maths, all 3 Sciences & English Language) to exam students only. Because of the huge demand of tutoring in all year groups, we now teach students across the board from Primary (KS1 & KS2) through to GCSE, A-level and University. We were luck to have had colleagues we share the same vision with join us. Now we can teach all subjects from Primary through to GCSE, College /A-levels and Science & Maths at University level. All our teachers / tutors are graduates and qualified teachers with Qualified Teacher Status (QTS) who understand the National Curriculum. Some of them are examiners at GCSE and A-level, which means they know the exam techniques students need to answer the exam questions properly and get better grades. Within the team, we have professionals with very high qualifications ie Masters Degrees (MSc / MA) and PhDs in various subjects. We can, therefore, be confident to say we are professionals who are dedicated to what we do with proven records in the UK’s most entrance and national exams. We are a tutoring organisation that is defined by its professionalism. Our aim is to provide a personal service. This makes us very different from most tutoring companies that just offer a platform for tutors and students to meet. We speak to clients so that we can match them with the most appropriate tutor for their needs. When this happens, the results can be remarkable & confidence grows. We personally know all our tutors and all have had DBS checks and their qualifications checked before we take them on. We are also a member of The Tutors’ Association (TTA) which was formed in 2013 to provide standards to the tutoring industry.
£35
Subjects:
Mathematics,
Chemistry,
Biology,
Physics,
English Literature 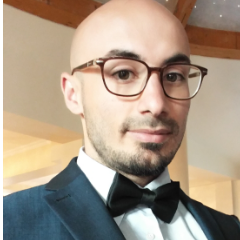 Send Message
Learning Centre S.
School, Learning Centre, Preschool, Primary School, Secondary School, Private School, University, Academy, Language School, Speciality School, Education Centre, Tutoring Centre, Tuition Centre
£25
Leeds, England
www.***
Founded in 2018, S. is a well established educational services provider, comprised by an elite and highly qualified network of talented tutors, teachers and trainers across the UK that will pleasantly sweep you of your feet. Immerse yourself in a world of excellence. We pride ourselves on our commitment to deliver first-class academic services at the highest quality standards, at very competitive prices, which will not only exceed your expectations, but as well as tailor them based on your unique learning pace. S. is on a mission; to redesign and revolutionise the private tutoring industry, by help shaping the future of young driven and ambitious individuals, to fulfil their ambitions. Whether that’s pairing you up with local super-tutor heroes, fitting in experts to match your highly active schedule, or providing you with key subject answers to your day to day concerns. Our subject coverage is limitless, ranging from Maths to English, Science to Music, Languages to ICT, and from the moon all the way back. Mission Statement: We believe that our small team, filled with normal hard-working and ardent people can do so little, but together - we can do so much and work towards a common vision, to conquer and have the world at your feet.   Contact us:Telephone: tel: *** / tel: *** WhatsApp: tel: *** / tel: ***
£25
Subjects:
Maths,
English,
English Literature,
Biology,
Physics
Reload
See more results

German lessons near me

How useful is German?

German is the national and native language of Germany or Deutschland as it is natively known. Approximately 130 million people in the world speak German, either as their mother language or as a second language; and it is the official language in Belgium, Austria, Switzerland, Luxembourg, and Liechtenstein.

German is particularly famous for its excessively long words, with the longest word in the German dictionary reaching an astonishing 79 letters! For your sake and our own, we won't write it here. In many languages, words are often one of two genders (masculine or feminine), however, in German, there are three genders, the third gender is 'neuter', which is for words that are neither masculine nor feminine.

If English is your first language, then German is understood to be easier to learn than some other languages, this is due to the fact that both languages are rooted in the ancient Germanic language. As a result, English and German share over 60% of their vocabulary!

There are many good reasons for learning German, starting with the point we just made above. If you are an English speaker, then you are at quite an advantage when it comes to learning German. This is due to the number of words both languages share, and the fact that the alphabet has all the same letters (plus a couple of new ones).

If you are involved in academia or want to be in the future, then German is widely understood to be an important language in the global academic community. In fact, it ranks as the second most commonly used scientific language. Furthermore, if you are interested in living or working in Europe, then German will serve you well, as the second most spoken language on the continent.

How much does it cost to learn German?

As with learning any language, the cost of learning is usually decided on a cost-per-lesson basis. Depending on what level of the language you already speak, the prices will vary.

For Beginners, online lessons on TutorExtra start from as little as £10 per lesson and can go as high as £40 per lesson depending on the tutor's expertise. At TutorExtra we aim to provide comprehensive access to tutors of all grades and levels in 1000s of subject areas.

German Secondary Schools near me listed with TutorExtra UK