Cello Tutoring Centres near me

Send Message
Music School S.
Tutoring Centre
-
Brighton, England
www.***
S. Music School, a non-profit social enterprise, provides high quality music tuition, both privately and in schools across www.*** ; We believe:  1) that music is a universal language through which all of us are able to express ourselves  2) music-making should always be creative and that all children have a right to a good quality music www.*** ;   Whether it be in school or privately, with S. Music School, students explore music of different genres, styles and traditions, playing to their strengths and preferences, as they build on their abilities as musical performers. They regularly improvise and compose during lessons, ensuring that music making is enjoyable and www.*** ;   Learners of all ages and abilities gain confidence, communication skills and well-being through the timeless activity of making www.*** ;   Working with our Partner Schools we also deliver INSET and Curriculum Music as well as advising on DfE guidance and helping schools bring music into Primary and Secondary Educational settings.   ​At SMS we believe in developing our music workforce, enabling them to use up-to-date teaching methods and fully understand the needs of each learner. To this end our professional teachers receive ongoing training, monitoring and support from our senior team and others outside the organisation. Only the best teachers in the field locally are accredited to SMS. Valuing our teachers is paramount as this will translate into the best musical experiences for our www.*** ;
-
Subjects:
Clarinet,
Piano,
Keyboard,
Guitar,
Violin 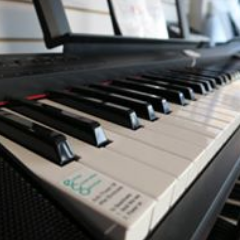 Send Message
Learning Centre N.
Learning Centre, Tutoring Centre
-
Enfield, England
https://tutorextra.co.uk/profile/learning-centre/48-12069
N. is a one-stop-shop for all things musical in Enfield, North London.  We have over 2500 sq ft of retail space stocking some of the worlds leading brands in music. We offer a variety of musical instruments, accessories, sheet music, books and instrument repairs. We also offer music lessons to students of all ages for a wide range of instruments including: Guitar, Bass, Drums, Violin, Cello, Piano, Saxophone, Clarinet, Flute, Ukulele and Vocal lessons. Be sure to visit us in store, we are happy to help with all musical enquiries!
-
Subjects:
Guitar,
Bass Guitar,
Drum,
Violin,
Cello
Reload
See more results

A proud member of the violin family, from a great distance, the cello could easily be mistaken for a violin albeit when you get closer, it is easy to see this instrument is over twice as big. Also called the violoncelle or violoncello, the cello has four strings pitched C-G-D-A, each of the cellos four strings are each an octave higher.

To learn to play the cello would make one a cellist, or violoncellist, and any cellist can enjoy the large repertoire of the cello including solo and accompaniment pieces. You will often find at least one cello in most modern ensembles from rock bands to Chinese orchestras. The cello is a well established and highly valued instrument.

Developed in the 16th century, the cello was originally made with five strings and to act purely as a bass instrument in ensembles. Famous composers Haydn and Mozart were some of the first to give increased prominence to the cello in instrumental ensembles. There are many notable works for the cello, including Bach's six suites, Beethoven's five sonatas, and the concertos of Elgar, Barber, and Lalo.

Why learn to play the cello?

Anyone can learn to play the cello, but it is especially recommended for young players and can provide a fantastic musical education grounding if it is one's first instrument and can be one of the least difficult string instruments to learn.

The cello and therefore, cellists are a critical part of almost all ensembles. It brings balance amidst a plethora of high-pitched instruments and often retains a unique role in quartets, trios, orchestras and chamber groups. As a result, skilled cellists are often in high demand.

Learning to play the cello can also have a great impact on the brain. As a learning process, it incorporates an array of learning styles such as auditory, visual, and kinesthetic. The areas of the brain developed by this instrument can also help with learning in mathematics, coordination, and multitasking. Learning any instrument has also proved to do wonders for memory and comprehension, creating connections that will last throughout one's life.

How much does it cost to learn the cello?

As with learning any instrument, the cost of learning it is usually down to the cost per lesson of the teacher, but can also include costs such as instrument hire or purchase. A brand new cello can cost anywhere upwards of £200, whereas secondhand cellos can be acquired for much less.

Depending on one's age and the level of tutoring required, cello lessons can start for as little as £15 per lesson.  Depending on the grade and expertise of the tutor, these per lesson prices can go as high as £45. At TutorExtra we aim to provide comprehensive access to tutors of all grades and levels in 1000s of subject areas.

Cello Tutoring Centres near me listed with TutorExtra UK